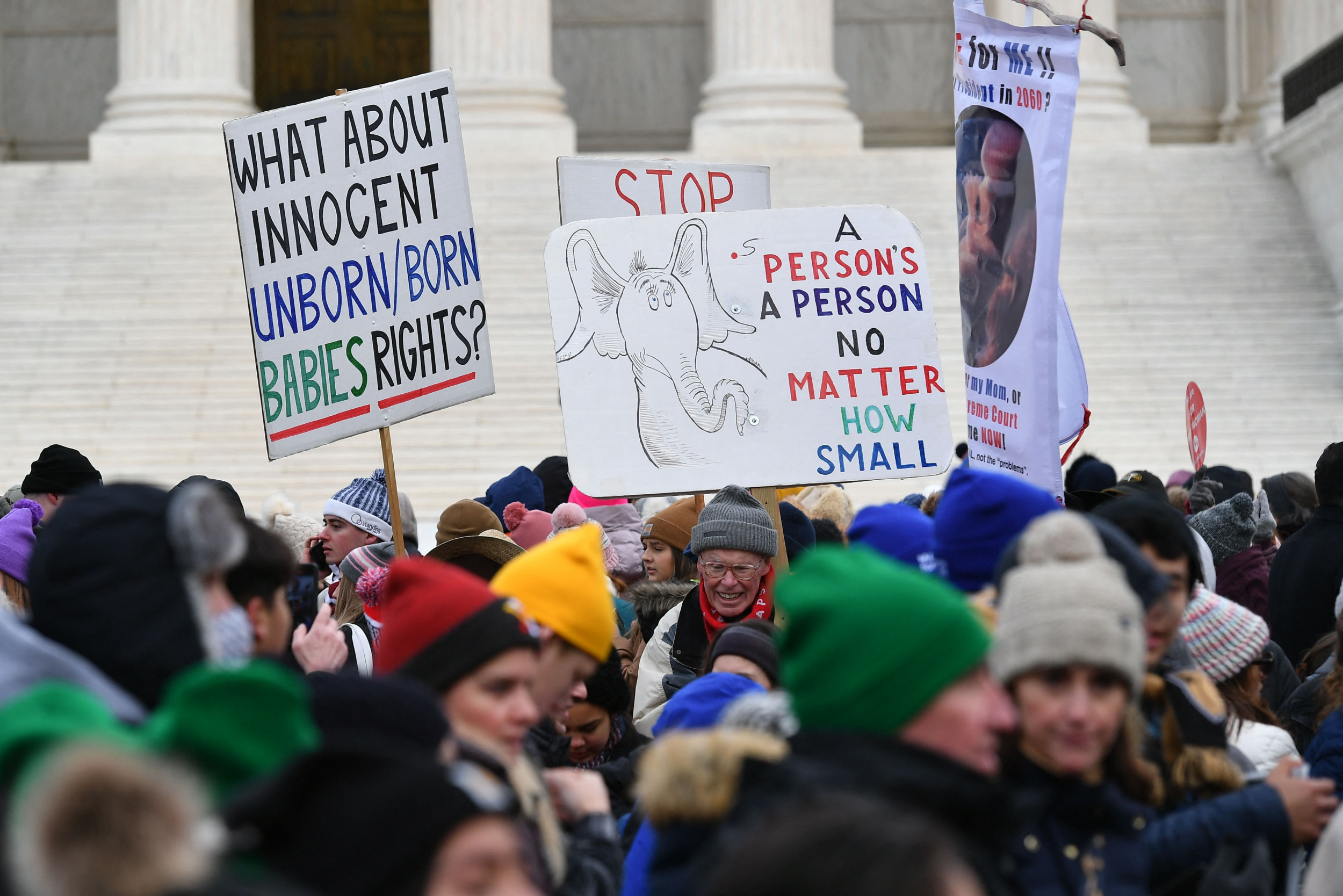 A new poll found that 24 percent of men surveyed believe a woman who has an abortion should face murder charges.

The Economist/YouGov poll asked 1,500 Americans, during the period May 8-10, whether they think “a woman who has an abortion that violates state law should or should not be charged with murder.”

Additionally, 35 percent of Republican-leaning respondents said women who have abortions should be charged with murder, compared with 33 percent who said they should not face such charges if a state abortion law is violated, and there is a 32 percent who remained unsure.

Meanwhile, 75 percent of Democratic-leaning respondents disagree with the statement that women should be charged with abortion-related murder, compared to just 11 percent who said they should be charged and 14 percent percent I wasn’t sure.

There was also a notable split in the same poll in that respondents were asked whether they agreed or disagreed that “having an abortion is the same as murdering a child.”

Thirty-three percent of men said they “strongly agree” with this statement, compared to 29 percent who “strongly disagree” and 11 percent who were unsure.

The survey also showed that 16 percent of men “somewhat agree” with this statement, while 11 percent “somewhat disagree.”

The poll results come after an early draft of a US Supreme Court decision was leaked, suggesting most justices are leaning toward overruling. Roe vs. Wadea landmark 1973 decision that allowed women to have abortions across the country.

The leaked draft, written by Associate Justice Samuel Alito, sparked ongoing protests for abortion rights across the country, including demonstrations outside judges’ homes.

Abortions would immediately become illegal in 13 states and possibly more if Roe vs. Wade it is repealed because some states still have pre-1973 bans in their statutes that could take effect instantly, while others already have state constitutions that prohibit protecting abortion rights.

The 13 states include Kentucky, Idaho, Arkansas, Louisiana, Mississippi, Missouri, North Dakota, Oklahoma, South Dakota, Tennessee, Texas, Utah, and Wyoming. Alabama and West Virginia do not have activation laws, but do have constitutions that prohibit protection of the right to abortion.

Meanwhile, the Guttmacher Institute, a research organization, estimated that 22 states are “safe to try to ban abortion,” while the Center for Reproductive Rights predicted that 24 states will.