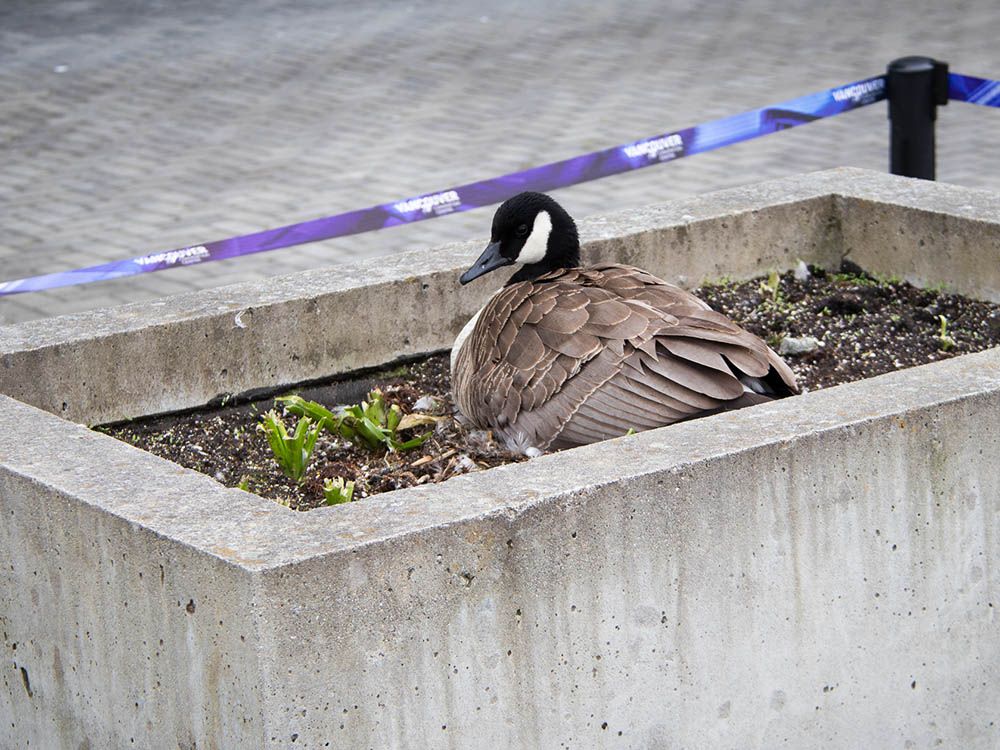 Perhaps she wanted some attention on Mother’s Day? A Canadian goose in downtown Vancouver chose a rather prominent nesting spot over the weekend.

Staff at the Vancouver Convention Center spotted the large bird on Friday nesting near the Digital Orca sculpture on its Pacific Terrace.

Concerned that it is a high-traffic area along the picturesque boardwalk, they blocked off a section around the nesting site so that she could go about her motherly business in peace.

“Initially, the company planned to land a display plane nearby for a charity event, but worked with the convention center to relocate it, prioritizing Heli’s peace.”

Ho asked that visitors to the area keep their distance and respect Mother Goose’s space.