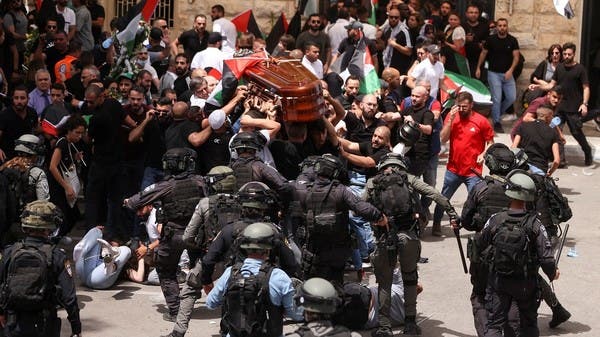 A group of 57 Democratic lawmakers on Friday wrote a letter to FBI Director Christopher Wray and Secretary of State Antony Blinken calling for a US-led investigation into the murder of Palestinian-American journalist Shireen Abu Akleh.

“We request that the Department of State and the Federal Bureau of Investigation (FBI) launch an investigation into the death of Ms. Abu Akleh,” the group of lawmakers wrote.

Abu Akleh was shot dead last week while covering an Israeli military incursion into the occupied West Bank. Israel initially blamed Palestinian gunmen for her death, but later backtracked, saying it would investigate where the bullet came from.

But Palestine has refused to hand over the bullet and has called for an international investigation.

“The Israeli army claimed that the victims were caught between gunfire between Palestinian militants and the Israel Defense Forces. However, the media and eyewitnesses had conflicting reports,” US lawmakers wrote on Friday.

They also asked the State Department to determine whether US laws protecting Abu Akleh, a US citizen, were violated. “As an American, Ms. Abu Akleh was entitled to all the protections afforded to US citizens living abroad,” they said.

“We have a duty to protect Americans reporting abroad,” the letter co-led by Congressmen Andre Carson, Bill Pascrell and Lou Correa said.
Israeli forces were also criticized for their violence during Abu Akleh’s funeral procession.

As his coffin was being transported, hundreds of Palestinians were seen raising the Palestinian flag and chanting. Shortly after, Israeli forces rushed the mourners, attacking them with batons, including the pallbearers, causing the coffin to fall.

Blinken issued a statement saying the United States was “deeply concerned to see images of Israeli police meddling with his funeral procession.”