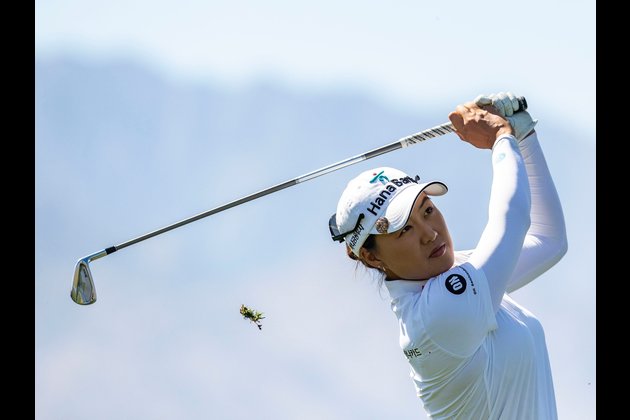 Australia’s Minjee Lee made three birdies in the back nine to hold off Lexi Thompson and win the Cognizant Founders Cup on Sunday in Clifton, New Jersey.

Lee hit 1 over 11 holes before birdies at Nos. 12, 14 and 18 on the Upper Montclair Country Club course to shoot a 2-under 70 and finish with 19-under 269. It was enough for his seventh victory on the LPGA Tour. and the first since he won the 2021 Evian Championship last July, his first major title.

“I wasn’t really that nervous, but obviously I wasn’t hitting it as good as I wanted to,” Lee said on the Golf Channel broadcast. “You know, I still drove it and kicked really well, so I took the positives.”

Lee entered the final round with a one-shot lead over Sweden’s Madelene Sagstrom, but her biggest challenge came from Thompson, who tied her for the lead at 16-under with a birdie on the par-4 10th.

Both players birdied the par-5 12 to get to 17-under. But while Lee took sole possession of the lead with a birdie on the 14th, another par 5, Thompson couldn’t get another birdie down the rest of the day. He hit a 3-under 69 with no bogeys to finish at 17-under.

On the final hole, Thompson, who hasn’t won on the tour since 2019, left a mid-range birdie putt on the bottom of the hole. It was a missed opportunity to apply pressure on Lee, who then sank a short birdie for the two-shot victory.

“I was really concentrating on each shot one at a time,” Lee said. “I got up on the green and I was like, just trying to see him go in. A lot of them complained. But at the end of the day I still got the job done, so I’m happy.”

Sagstrom, who shot a 63 to take the lead in the first round, finished with a par 72 on Sunday due in part to a triple bogey on the third hole. He tied for third with Angel Yin (67) at 16 under.

Carlota Ciganda of Spain shot a 64 with nine birdies and one bogey to take fifth place at 15 under par. Japan’s Nasa Hataoka (66) and Megan Khang (67) tied for sixth at 14 under.

Thailand’s Atthaya Thitikul was the only player to top Ciganda on the day, posting a round of 63 with 10 birdies to tie for eighth at 13 under with South Korea’s Hye-Jin Choi (66).

“Yesterday afternoon I had a talk with my coach,” said Thitikul, who had a 6-under 30 through the front nine. “My coach tells me, you have to think every final round, you hit a solid round. He was like, just go have fun and do what you have to do and be as aggressive as you can… Maybe the first three days I would “. I say I got here a little bit safe, so it’s hard to do it, and today I just do what he (told me) and I’m aggressive.”