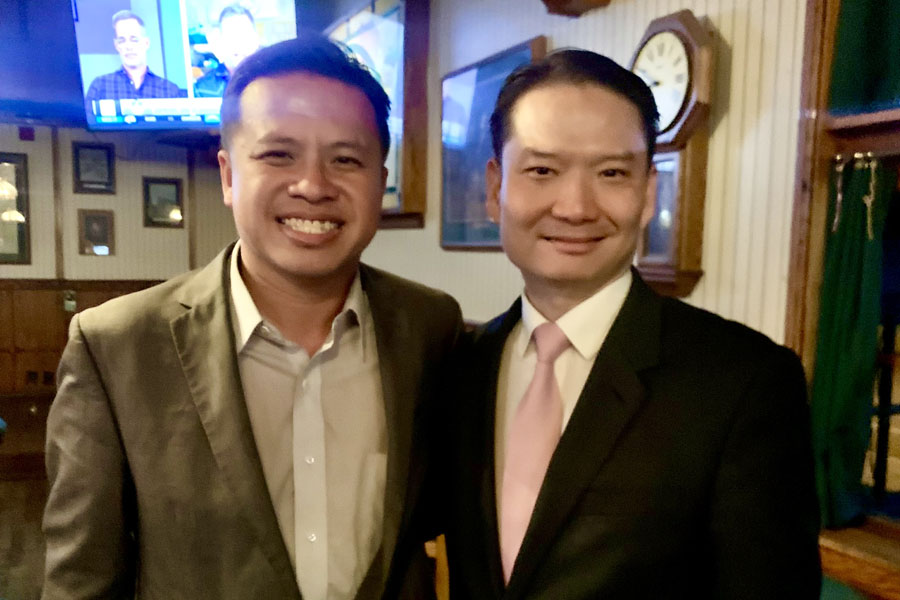 SACRAMENTO, CA – After years of community organizing, it’s rare to find a candidate I’m excited about. After my documented support of political candidates in the past, I have become adept at internal dynamics and money-driven decisions that have strayed far from my principles of common sense and community focus.

But I left early to support Westminster Mayor Tri Ta in his campaign for assembly. Tri is a rare gem that deserves a deeper look and analysis. He is also the kind of candidate who would quash tired liberal narratives and show sustained strength as part of the much-needed opposition caucus of Sacramento’s majority.

I need point no further than Tri’s record as mayor and councilman of the largest Vietnamese American city outside of Vietnam, Westminster, California. This was where America lovingly welcomed freedom-loving refugees in the 1970s and beyond, whose lives were shattered by communism. This is only part of Tri’s story and he doesn’t use it as a crutch because he has many other accomplishments to promote that show his bravery, competence, leadership and unwavering dedication to conservative values. Many Asian politicians use this as their only reason for running, but that is not enough as the political quagmire runs deep. show me how Show me a history. Show me your deep understanding of what makes America great, not just the generalities of identity politics. This is where Tri, through action, has proven it.

The mechanics of local government are often overlooked. In the age of Trump, people believe they can cut their way to higher office. Trump had the executive chops to pull it off. In California, it has become beyond ridiculous when inexperienced candidates apply and make fools of themselves. I’ve gotten so tired of these people. When it comes to pushing, their only reason for running is personal glory and they can’t see the effect of their actions. As a community leader in Orange County, two candidates running against Tri are actually members of my nonprofit. I encouraged them not to apply, but unfortunately personal ambitions took over.

It was a no-brainer which candidate in the AD70 race was above the rest. Tri is the one with the trajectory. And you can’t fake that. He has also remained an outsider, as his decisions were based on principle and what is right for the community. Tri is a good father and he brings that to his public service as he sees the importance of long term thinking when it comes to decision making. Many politicians want to spend more time kissing the little finger of the establishment. I have watched Tri’s actions over the years. He has stayed true to his community and his city above political elbow grease and remains fiercely independent.

The results prove it. With $2.5 million spent against him to retire for his leadership as one of the first cities to come out against sanctuary cities, he won against retirement 60-40. His community knew him and he didn’t like him despite pressure from leftist groups and people unnecessarily vilifying his character for his stand. He demonstrated that common sense and strong leaders with deep community roots can prevail against a media message machine determined to destroy it.

Tri’s leadership, along with Fountain Valley neighbor Michael Vo, used their community roots and strong stand against illegal immigration, keeping businesses open during the pandemic, and pro-life values ​​to be loved and influential in the Vietnamese community. American. During this time I was able to continue the interrupted life while so many lost 2 years of their lives locked in fear.

These leaders turned Little Saigon communities from voting overwhelmingly Democratic in 2016 to voting heavily Republican in 2020, bucking the parent county’s bluish trend. In total, the two cities moved 20 points to the right despite tough stances from their respective mayors. Postures that the Vietnamese community remembers when they escaped the communist takeover. I worked with Tri and Michael on some big rallies attended by thousands of supporters of President Trump in 2020. They were fearless and championed good leadership. People said we were crazy because those cities had voted for Hillary in 2016, but in the end they shifted overwhelmingly to the right in 2020.

This clarity is once again present in his current flyer, in which he proudly proclaims himself to be a strong conservative Republican, a legal immigrant, and a proud American with a simple plan to cut taxes, end sanctuary state laws, end address homelessness and crack down on open-air drug markets, lower fees and cut regulations to help small businesses, encourage American pride, fight critical race theory, and make government more smaller and more efficient.

That’s also why Tri is the pick of the community and a rising star who built his base from the bottom up.

I remember years ago encouraging Tri to run for higher office, but he patiently refused to focus on his community and waited because he knew timing was everything. That wisdom of waiting is leadership, as she knows what it takes to get the job done and to do it well.

A few weeks ago I contacted Tri while he was gathering local leaders to endorse his candidacy in the press. Do you know what made that conversation different from many others? She didn’t bother me about how much money she was going to raise, if it was worth her time, etc. She knew my dedication to the community and conservative principles and she was there early to meet with voters and the media and stayed until the end. .

paul said “I trust El Tri because of the company he has.” This is all in politics. Principles are everything in this day and age when Sacramento doesn’t have them. That is why it is important that we send a warrior who last night spoke with passion and confidence that his positions on legal immigration and pro-life were winners, not losers in a state and media that want to tell us that the majority thinks otherwise. And people’s opinions are changing because of local leaders like Tri. Registration numbers and shifts in little Saigon look like Miami Dade and West Texas to Hispanics.

John Gee, who endorsed Tri at the ceremony, mentioned Adam Smith’s free trade principles in his speech and I saw Tri’s eyes light up as he and John got involved after the event in their passion for free markets and how improve communities. Tri is proud of America, the only home for him now, when he was uprooted from his as a child. These are the kinds of living representatives of America we need, not those who want to follow sheep to the slaughterhouse.

This contrast is what is needed in Sacramento, a big communist government inducing an increasingly helpless mentality and I have not been as excited to support a candidate like Tri Ta, homegrown, consistent, patient and a true leader. Please vote by June 7 for Tri in the 70th Assembly District.