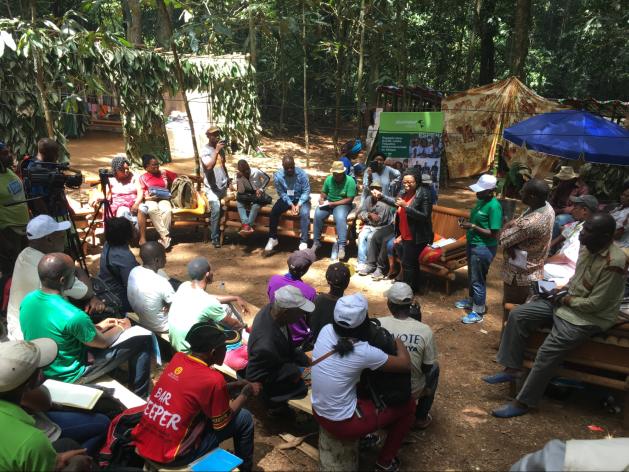 YAOUNDÉ, May 13 (IPS) – Sylvie Djacbou Deugoue is a forest activist with Greenpeace Africa and an Aspen New Voices 2022 Fellow. Growing up under the lush canopy of the Congo Basin rainforest, the forest was more than just our home. It was our playground, our medicine cabinet, our teacher, our therapist. And it was a source of livelihood with its rich biodiversity and helped protect us from the effects of climate change.

The growing tension between economic growth and healthy forest life over the years has led to the destruction of some of the world’s oldest forests and the consequent poverty of their communities. This massive deforestation has led to the expropriation of indigenous and local communities from their ancestral lands without their consent, increased carbon emissions, migration, and the disappearance of the culture and languages ​​of indigenous communities.

Instead of developing our country, the changes are impoverishing forest communities and leaving the entire region more vulnerable to climate change and disease.

Recently, just a few weeks after the International Day of Forests, on 21St. In March, the third part of the report of the Intergovernmental Panel on Climate Change (IPCC) was published, which shows us that much remains to be done on the ground to limit the effect of climate change. And the Congo Basin forest is one of the battlefronts.

This report once again sounded the alarm that if nothing is done, the world may find itself on a path to climate collapse and extreme poverty.

Later this year, the annual UN climate conferences (COP 27) will take place in Egypt, where world leaders will meet to agree on the 2030 Agenda for Sustainable Development, including its SDG 15 which aims to “protect , restore and promote the sustainable use of terrestrial ecosystems, manage forests sustainably, combat desertification, and halt and reverse land degradation and halt biodiversity loss”.

We expect more action and fewer false promises from Africa’s leaders and its youth to take the lead in holding their leaders to account.

As we prepare for this event, it is important to think about how we can use that international platform to push national governments, especially those in the Congo Basin, to act as quickly as they have committed to addressing the crisis of change. climate.

The current model of economic development in the Congo Basin is rooted in massive deforestation: more and more large-scale land concessions are being granted for industrial agriculture, such as oil palm and rubber.

The loss of the forest ecosystem -and therefore of the spiritual and cultural heritage of the community- is irreversible. The rainforests of the Congo Basin are being wiped out.

The impact is not just economic: when forests are cut down, the carbon they store is released into the atmosphere as carbon dioxide. According to recent data from Global Forest Watch, 3.75 million hectares of virgin forest (a critical area for carbon storage and biodiversity) were lost in 2021 at a rate of 10 football fields per minute.

At this rate, there is no way to reverse forest loss by 2030, as the leaders of 141 countries promised at last year’s COP26 climate summit in Glasgow.

Despite this, Cameroon continues to grant a company, such as Camvert SA, tax exemptions to implement a palm plantation project of almost 60,000 hectares. This will result not only in deforestation but also in the destruction of biodiversity along with the loss of livelihoods of the communities, but will also drive the communities in the areas into extreme poverty.

A member of the forestry community told me: “Before this company, I could collect non-timber forest products and sell them. I was also able to find my treatment there when I was sick. Now, there will be no more forest and we are left alone.” 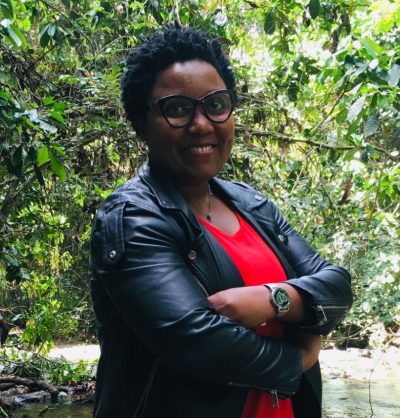 The benefits of these agreements, however, do not reach local residents. They are rarely hired when these concessions are developed. My research shows that experienced workers in these concessions tend to come from other areas of the country and, even when local community members are hired, they are paid a pittance.

While companies often boast that they are promoting development by opening roads, it is important to note that these roads are primarily used to deliver timber to market and are not open to communities.

In the DRC, a recent IGF report showed that more than US$10 million in forest royalties were not paid to the public treasury between 2014 and 2020.

What’s worse, the climate change that this deforestation is making worse will only deepen poverty. The latest IPCC report estimates that in the next decade alone, climate change will push an additional 32 million to 132 million people into extreme poverty.

Yes, we need development. But at what price? And who should benefit from such development? Forest protection is a matter of preserving local community livelihoods and reducing poverty. Granting more forest concessions will not make us richer than we are now.

We need alternative development models that embrace the well-being of indigenous communities and promote healthy forests. By harnessing the wisdom and knowledge of indigenous peoples, forest management has the potential to develop while securing community lands and contributing to bringing global warming back below the critical level (2°C) .

Achieving sustainable development and eradicating poverty in the Congo Basin would entail effectively stopping deforestation and implementing climate policies that ensure social justice and meaningful participation of communities in decision-making.

It is time for the various forest policy working groups in the Congo Basin to consider more than their personal economic interests, and to take more into account the long-term need for healthy forests for a healthy life.

Massive deforestation in the Congo Basin will lead to poverty, Inter Press ServiceFriday, May 13, 2022 (published by Global Issues)