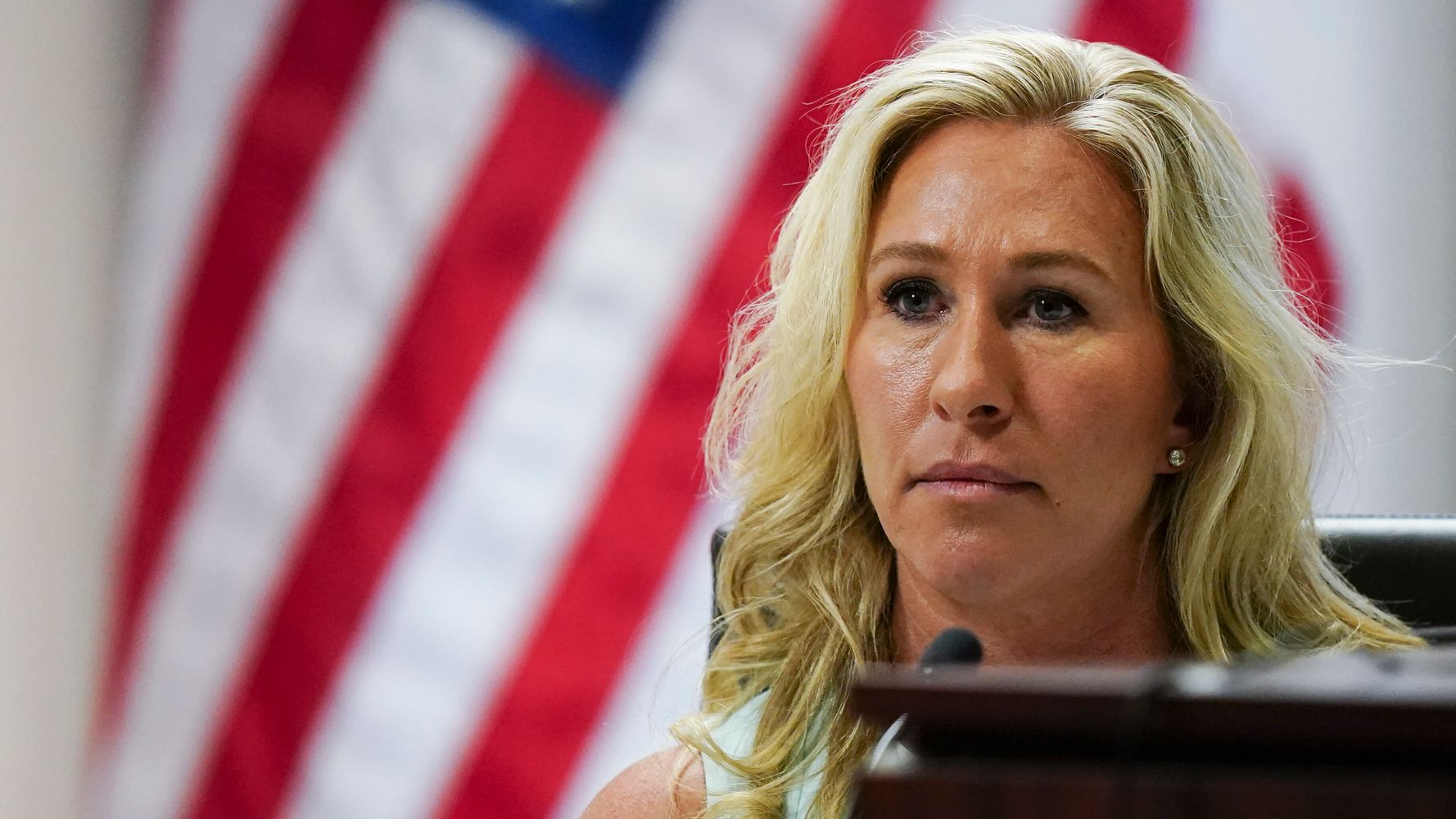 WASHINGTON – Rep. Marjorie Taylor Greene (R-Ga.) said she can’t remember which of her colleagues floated the idea that former President Donald Trump should declare martial law to stay in office after the 2020 election, something she told her to the former president of the White House. Chief of Staff Mark Meadows in a text message following the attack on the US Capitol.

“Sorry, I don’t remember,” Greene told HuffPost at a news conference on Thursday.

One would think that hearing a member of Congress fantasize about Trump taking power by military force after losing an election would be hard to forget, especially since it took place 11 days after the violent Capitol riot on January 6, 2021, and only 3 days. before the inauguration of President Joe Biden.

But the Georgia Republican stood her ground after HuffPost followed up and quickly moved on to discuss the crackdown on social media companies like Twitter, which she accused of “tyranny” and being a danger to the republic.

In the Jan. 17, 2021 message to Meadows, obtained by CNN, Greene said several of his fellow Republicans discussed the possibility of martial law in a private members-only group chat. How to topple a democratically elected government was apparently all the rage in the chat, even after hundreds of Trump supporters failed to do so by violently storming the US Congress.

“In our private members-only chat, several say the only way to save our Republic is for Trump to call Marshall. [sic] law,” Greene wrote in the text, apparently misspelling the term “martial law.”

“I don’t know about those things. I just wanted you to tell her,” the text message from him continued. “This election was stolen. We all know. They will destroy our country afterwards. Tell him to declassify as much as possible so we can go after Biden and anyone else!”

Meadows did not appear to respond to messages, according to CNN.

Greene was also pressed about the January 17 text message in an interview with Fox News host Laura Ingraham on Wednesday. The congresswoman stated that she personally did not advocate Trump declaring martial law to stay in power, although she did mention the fact that several of her colleagues had endorsed that idea.

“According to reports, those are my text messages,” the Georgia Republican told Ingraham. “I think if people read them for themselves, if those are my texts, they clearly say that’s not what I was calling for. In fact, I said that’s something I don’t know.”