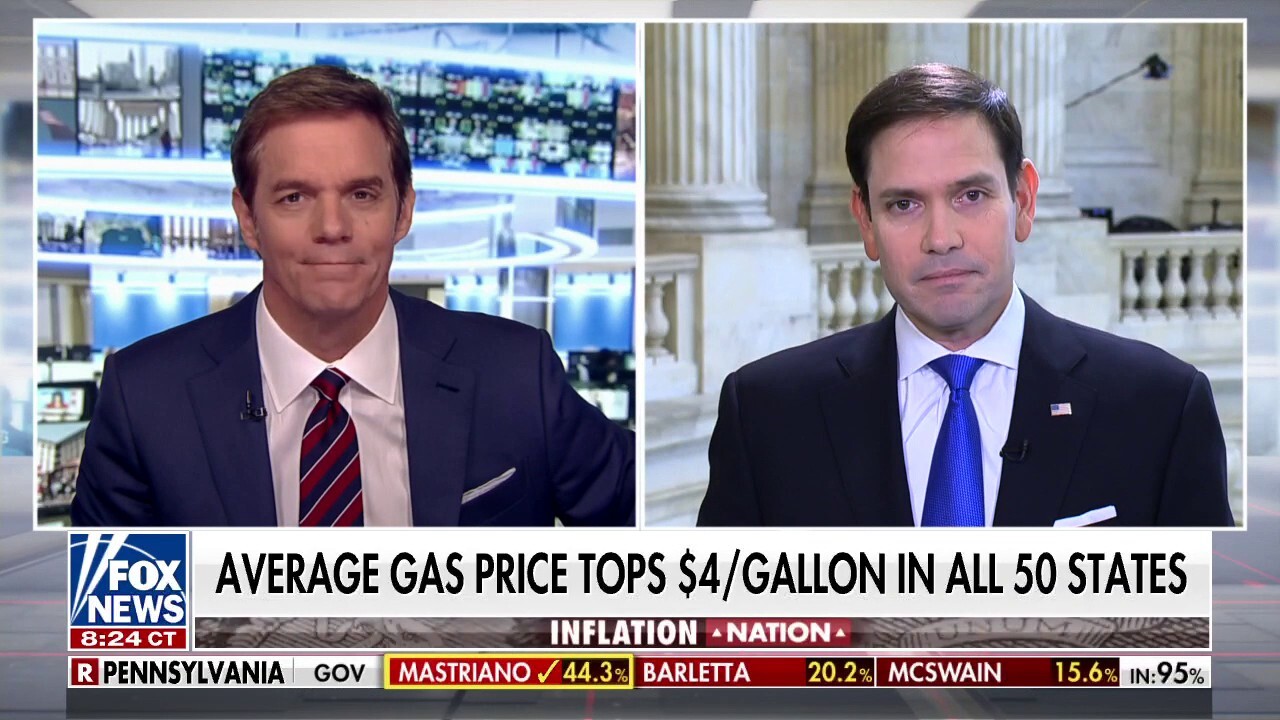 Florida Sen. Marco Rubio argued Wednesday that Democrats “like” that inflation is driving up gas prices because they believe it will force Americans to buy electric cars. In “America’s Newsroom,” Rubio said the party is also using rising costs to promote leftist talking points and call for more public transportation.

SEN. BLONDE FRAME: I think there are people in his group who really like him. They won’t say it. They don’t want to be crushed in the next election, although I think they will be. But they like the fact that there is inflation and high prices. They believe that the more expensive oil and gas become, the more people will buy electric cars. Well, not everyone can afford an electric car right now. We don’t have enough electric cars and the batteries for those electric or Chinese-made cars.

These guys, they want this. Some people have said to my face, ‘well, that’s why we need more public transportation.’ Everyone should travel by bus and get rid of their cars. I think there are elements of the left, many elements of the extreme left that will never admit it. But they like the fact that oil and natural gas are expensive.

SEE MORE OF THE INTERVIEW BELOW: