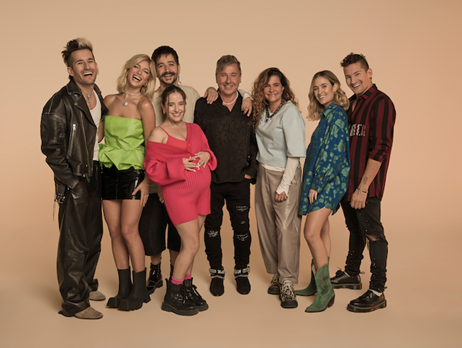 They are one of the most famous families in Latin America. Now, the rest of the world is calling, as the Montaner family is launching a new reality series on Disney+.

Coming to Disney+ later this year, The Montaners is a new Disney+ original documentary series. It takes audiences inside the everyday life of the Montaner family’s most intimate moments, including weddings, births and celebrations, as well as giving audiences a behind-the-scenes look at their artistic careers.

The Montaners follows the iconic Montaner family: Ricardo, Marlene, Mau, Ricky and Evaluna, and their significant others Stefi, Sara and Camilo. Ricardo, the patriarch, has been one of the most prominent figures in Latin music for the past 40 years.

More recently, Ricardo became a social media phenomenon. Ricardo and his family open their lives and homes to the public in this series, revealing how they fuse their private lives with their professional careers in the public eye, and demonstrate how they celebrate milestones in their artistic and personal careers. celebrations and handling challenges and emotionally difficult situations.

The series features cinematic moments and live music performances and showcases the family’s lifestyle in a TRUEDocumentary-style documentary made using mixed media formats, including cell phone footage and confessional interviews, as well as video and photos from the family’s private archive. With a non-linear narrative, The Montaners invites viewers at home to meet each member of the Montaner clan.

Created by the Montaner family and Lex Borrero, the ten-episode series is produced by Ntertain Studios with creative input from the unscripted team at Disney Branded Television.