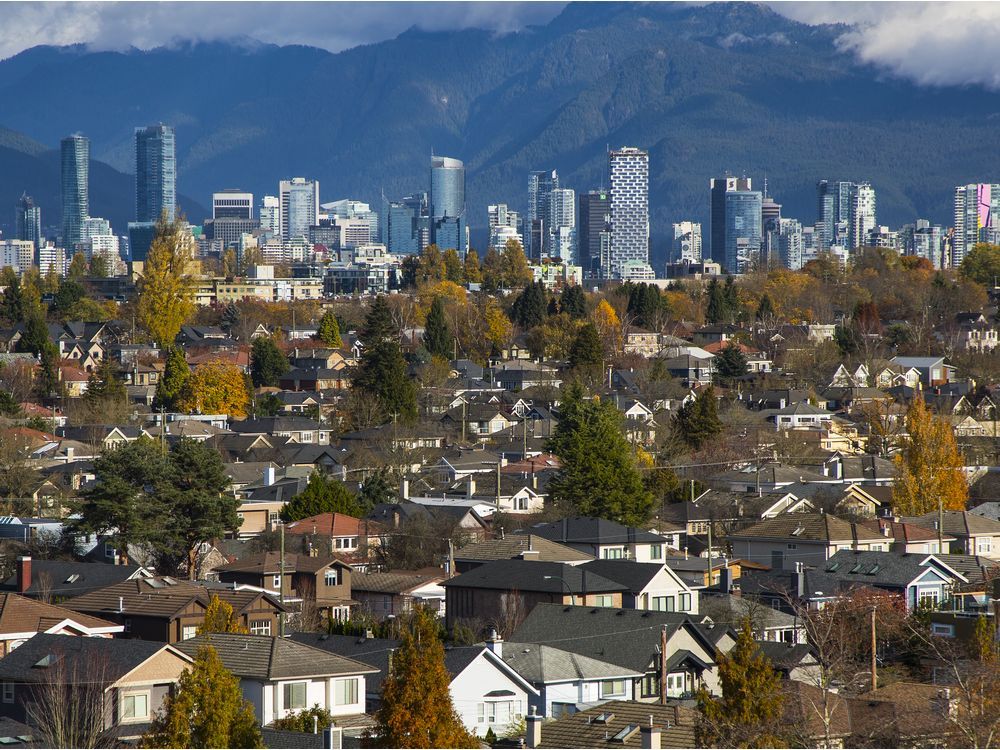 The spirit of Vancouver, dubbed “Vancouverism” by former urban planner Larry Beasley, is fading in the shadow of condominium towers, rampant greed and over-densification. The story is the same around the world in every affected city: invasions of global capital with no restrictions on the real estate market, hypergentrification, massive loss of affordable housing, a plague of tourists, the death of local small businesses and the rise of corporate monoculture.

Under the banner of affordability, already affordable and functional neighborhoods with a variety of custom architecture, properties and green spaces, the new zoning creates what we have already seen in Yaletown and downtown: an anesthetized aesthetic.

It will be the same everywhere: the same towering architecture, the same shiny surfaces, the same steel and glass facades, facing each other up to 50 stories high along the city streets. The inhabitants can see their reflections in the building opposite, thanks to the minimal separation of the towers. Views of the surrounding Vancouver landscape will only be available to the few at the top of the towers. There will be nothing for residents in the public realm except 24 hours of overcrowding on glorious “boulevards” lined with the same chain restaurants and corporate retailers, and overloaded with car traffic. As if everyone who lives in the corridor works there and uses public transport or bicycles.

There are no significant planned escapes from the new density and glorified “vibe” in the form of large new parks and designed green spaces that are more than mere pocket parks, dwarfed by adjacent towers and hemmed in by massive traffic.

The city is willing to squeeze its current and future population (and millions of tourists) into the same green spaces, public pools and waterfront promenades created decades ago for a population several times smaller than the proposed one. There will be no serenity left in Vancouver except for the wealthy who will be able to bask exclusively on its decks and terraces and take in the remaining views of mountains and water. There will be no ability to grow retail stores on streets like Main Street, West 4th, Commercial Drive, or West 41st in Kerrisdale due to corporate leasing mechanisms.

There will be no more peaceful green lawns and patios that still exist for tenants in distinctive neighborhoods like between Oak, Granville, Broadway and 12th Avenue. The nature of the replacement buildings is determined by funding and changes, not the principles of urban design, beauty, and the feeling of home for its residents. Instead, maximizing building footprints and heights will squash the only available open space and visual variety of your existing buildings.

Everything is deeply unfair and cynical with the population that already lives here and that is seen as a disposable mass to achieve more and more density and the so-called affordability. His views are being criticized as “nostalgic”.

However, all of this is man-made, intentional, and therefore unstoppable. The next Vancouver City Council and its planning administration must develop a mindset, process and policy that anyone planning and building in the city must adhere to the best qualities of urban design and quality density, or walk away.

There will never be enough density, no city in the world can win that particular race. The simple act of following an open-door approach to simply building large tower formats, with a certain rate of affordability, and allowing global hypergentrification at the same time, is easily giving away the precious location that this city has to the highest bidder instead of to the highest bidder. It’s worth fighting for. There is only one Vancouver.

As a farmer who was affected by the flooding in Abbotsford, I wonder why there isn’t more discussion of river dredging instead of better levees. Ongoing maintenance of our levees and drainage systems is critical, but all that work is for nothing unless we allow the river waters to flow freely. The accumulation of sediment in our rivers is normal and is not a result of climate change. To safeguard the Lower Mainland, the Nooksack and the Fraser below Hope must be on a regular dredging schedule.

I understand that some fish habitats are disturbed, but one must look for the greater good. As an added bonus, the amount of gravel that can be mined would probably pay for the cost.

Letters to the editor should be sent to [email protected]. CLICK HERE to report a typographical error.

Is there more to this story? We’d love to hear from you about this or any other story you think we should know about. Email [email protected]

Sign up to receive daily headline news from the Vancouver Sun, a division of Postmedia Network Inc.