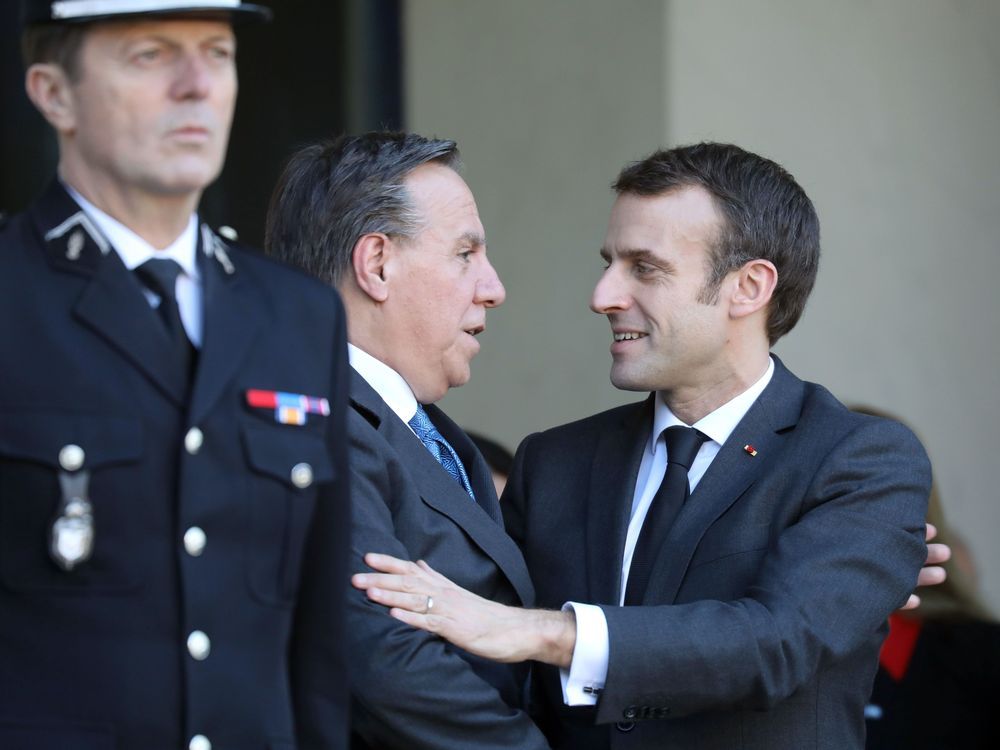 “I look forward to continuing the work we have started,” Legault tweeted. “I am proud of the relationship Quebec has with France.”

“On behalf of the Government of Quebec, I would like to congratulate Emmanuel Macron on his re-election as President of the French Republic,” Legault tweeted. “I look forward to continuing the work we have started. I am proud of the relationship that Quebec has with France and the friendship that unites our two nations.”

Trudeau also offered words of encouragement on the social media platform, along with a photo of himself patting the French president on the back during a visit to France.

“Congratulations, Emmanuel Macron,” he tweeted. “We look forward to continuing our work together on the issues that matter most to people in Canada and France, from defending democracy to fighting climate change, creating good jobs and economic growth for the middle class.”

Macron was re-elected on Sunday with about 58 percent of the vote, comfortably beating his far-right rival Marine Le Pen, who received about 42 percent, according to estimates.