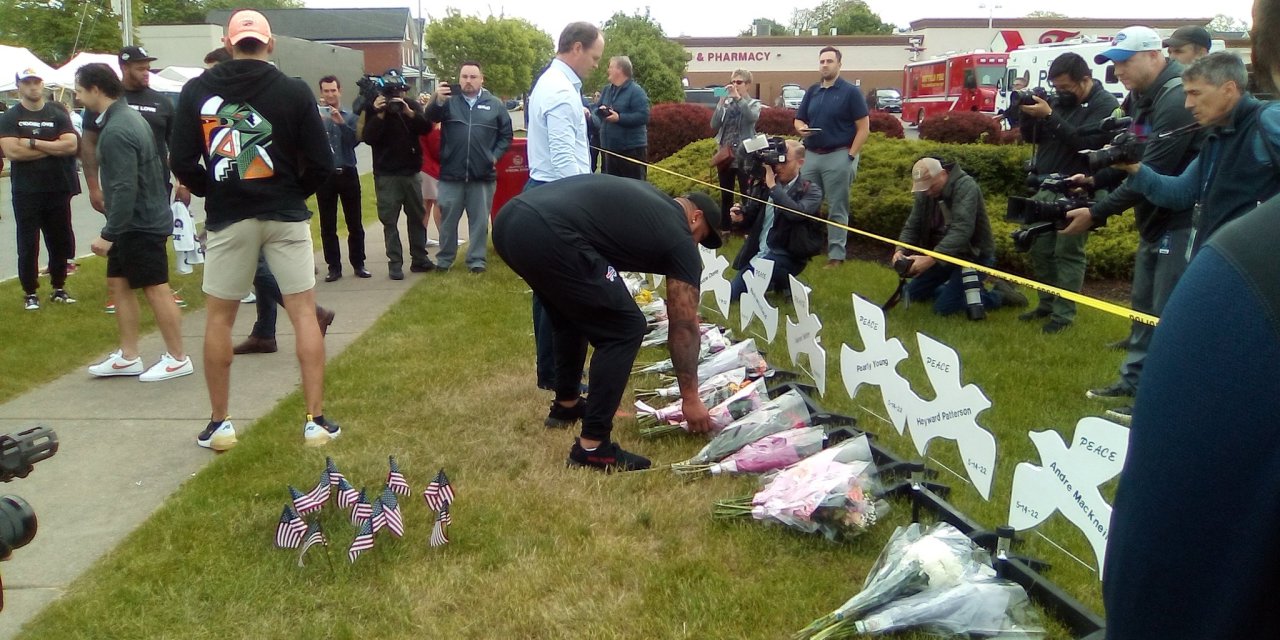 BUFFALO, NY (WIVB) – Bills quarterback Josh Allen was one of numerous Buffalo sports stars who visited the scene of the mass shooting in Buffalo on Wednesday.

Earlier Wednesday, the Bills Foundation announced a $200,000 donation to support local response efforts, along with a $200,000 matching donation from the NFL Foundation.

Bills general manager Brandon Beane, wide receiver Stefon Diggs and linebacker Tremaine Edmunds were among other players seen in photos and video from the scene.

Latest news on the mass shooting

This is breaking news, please check back for updates.