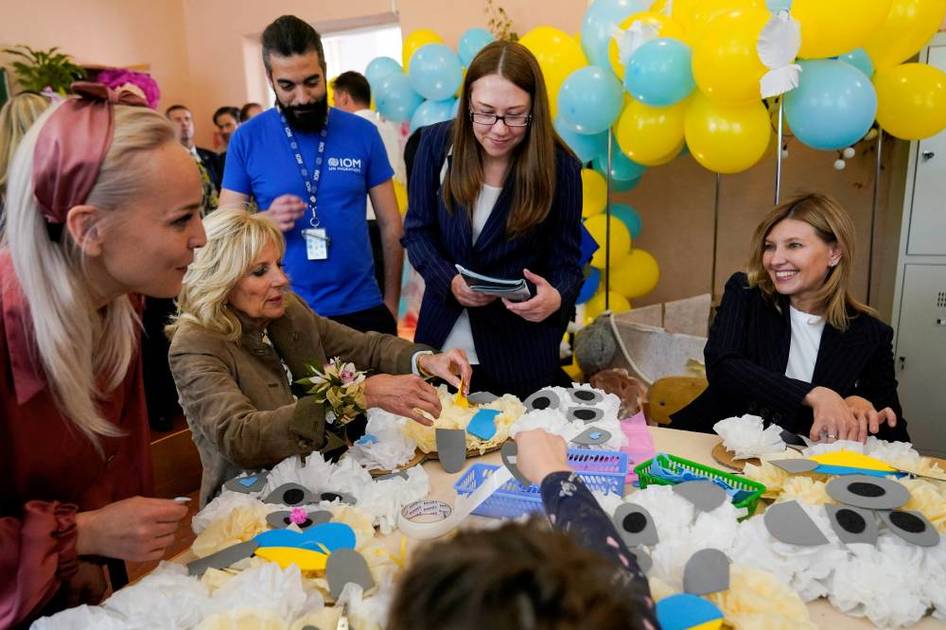 US First Lady Jill Biden paid an unannounced visit to Ukraine on Sunday to show support for her people amid the Russian invasion, visiting a school used as a temporary shelter and meeting Ukraine’s first lady, Olena Zelenska.

“I thought it was important to show the Ukrainian people that this war must end, that this war is brutal, and that the people of the United States stand with the people of Ukraine,” Biden said, according to a report published by the Washington Post. correspondent with other media organizations.

The report says the school hosts 163 Ukrainian refugees, including 47 children. The US first lady, who was visiting neighboring Slovakia, presented flowers to Zelenska, who appeared in public for the first time since the war began on February 24, according to a US official.

US President Joe Biden has not been to Ukraine since the war, but Secretary of State Anthony Blinken, Defense Secretary Lloyd Austin and House Speaker Nancy Pelosi have all visited Ukraine in the last two weeks. Jill Biden returned to Slovakia after her cross-border trip.