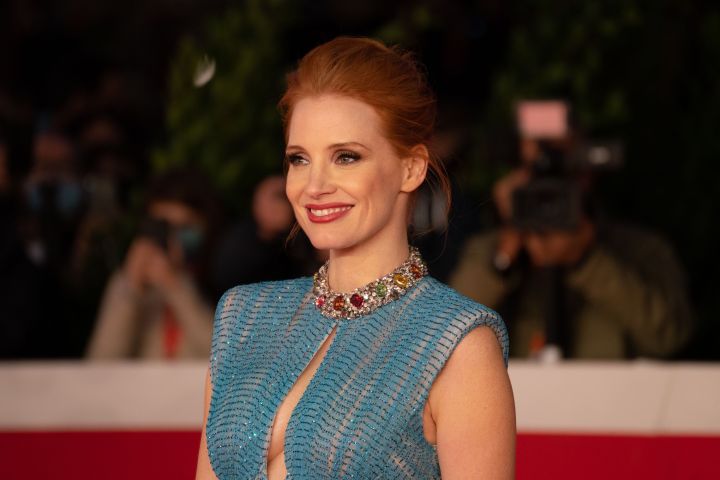 The 94th Academy Awards are close and Jessica Chastain is ready to support her “Eyes of Tammy Faye” makeup team’s category call.

“I will absolutely be present when the makeup category is being called, and if that means I’m not doing press on the red carpet or ABC or whatever it is, then so be it,” the frontrunner for Best Actress said during Thursday’s episode of the “Next Best Picture” podcast.

“The most important thing for me is to honor the incredible artisans who work in our industry,” Chastain continued. “So much attention is on the actors, we’re like the face in some ways, because you go to a movie and you see us. A lot of people don’t understand how beyond an actor a performance is. Look at this incredible makeup team, Tammy Faye goes through three decades.”

To perfect the distinct look of the film’s American televangelist, Chastain worked with the biopic’s Oscar-nominated team of artists– Stephanie Ingram, Linda Dowds, and Justin Raleigh- on multiple colorful looks that encapsulated the aesthetic of the religious icon.

Chastain sat in the makeup chair for hours of prosthetic work before filming began each day, which reportedly caused permanent damage to her skin.

“Jessica has more of an angular face, and Tammy had a much fuller, rounder face,” Raleigh previously noted on transforming Chastain. He molded key pieces for the star’s body de ella, using 3-D modeling and traditional casting, to create “cheek appliances that would widen her face de ella” and a “prosthetic to fill in the dimple in her chin de ella.”

“It’s incredibly important to honor all aspects of cinema beyond just the actors,” Chastain said on the podcast. “I will be 100 percent present.”