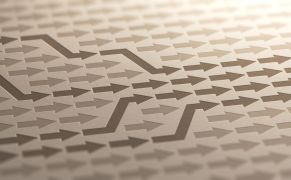 Global systems of international cooperation are facing three major conflicts at once: violent conflict in Ukraine, political conflict between great powers, and a rift between the short-term priorities of the world’s rich and powerful societies and the long-term needs of the poorest societies. societies and the planet itself. The first two conflicts exacerbate the third. Amid huge investment shortfalls, the global sustainable development agenda is teetering on the brink. Next year, 2023, will mark the midpoint of the 2030 Sustainable Development Goals deadline. It is high time to start preparations for a better “second half” of the SDG era. The G7 must be a two-pronged leader, one that lends its full supporting force to mobilize the required forms of capital and at the same time leads through the power of its own influential example. Three profound structural changes in the last two decades have changed the context of the G7’s contributions: (1) the smaller relative power of the G7 countries on the global stage, (2) the more complex and fragmented political terrain, and ( 3) the flawed inheritance of high-profile commitments from the G7/8. Amid the world’s deep practical interconnections between the “infrastructure agenda”, the “climate agenda” and the “sustainable development agenda”, all G7 countries must prioritize their national implementation of the SDGs. In parallel, they need to help mobilize a massive expansion of public and private resources for global sustainable development. This includes partnering with other countries to instigate profound changes in the scale and business models of multilateral development banks, while also taking a leadership role in promoting SDG alignment across public and private financial systems. The infrastructure-related efforts of the G7 need to take place in the broader context of the 2023 moment for the SDGs and existing efforts coordinated through the G20 and elsewhere. The G7 may further consider a range of proposals to advance a partnership-driven approach to international cooperation on specific issues.