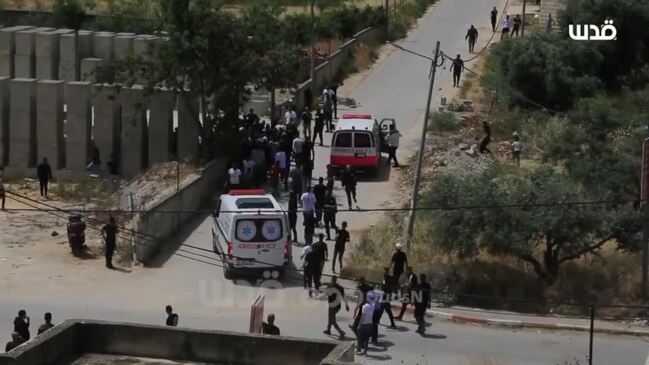 An Israeli police officer was killed and 13 Palestinians were injured in clashes in Jenin, West Bank, on May 13. Israeli police announced that Noam Raz, a 47-year-old member of Yamam, Israel’s National Anti-Terrorist Unit, has died of his injuries. during clashes in Jenin on May 13. Al Jazeera reported that 13 people were injured in the clashes, citing local medical sources. Credit: Quds News Network via Storyful