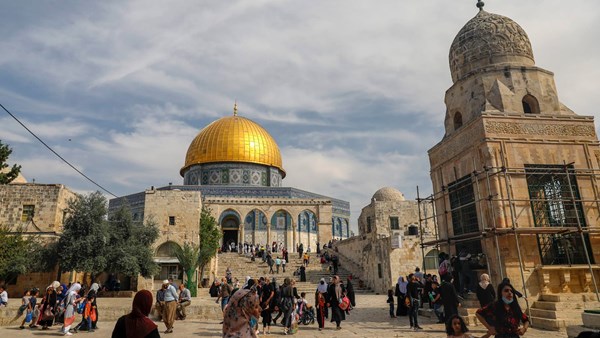 Yesterday, Israel confirmed that it is implementing a long-imposed ban on Jewish prayers at the Al-Aqsa Mosque complex in Jerusalem.
And Israeli security forces are on high alert as the month of Ramadan coincides with Passover for Jews and Passover for Christians.
“Israel maintains the status quo, which includes freedom of prayer for Muslims and freedom of visitation for non-Muslims,” said Lior Hayat, a spokesman for the Israeli Foreign Ministry, adding: “Police enforce the ban of Jewish prayer. “
He continued: “For the past few years, Israel has not allowed Jews to visit during the last ten days of Ramadan, to avoid any friction.”