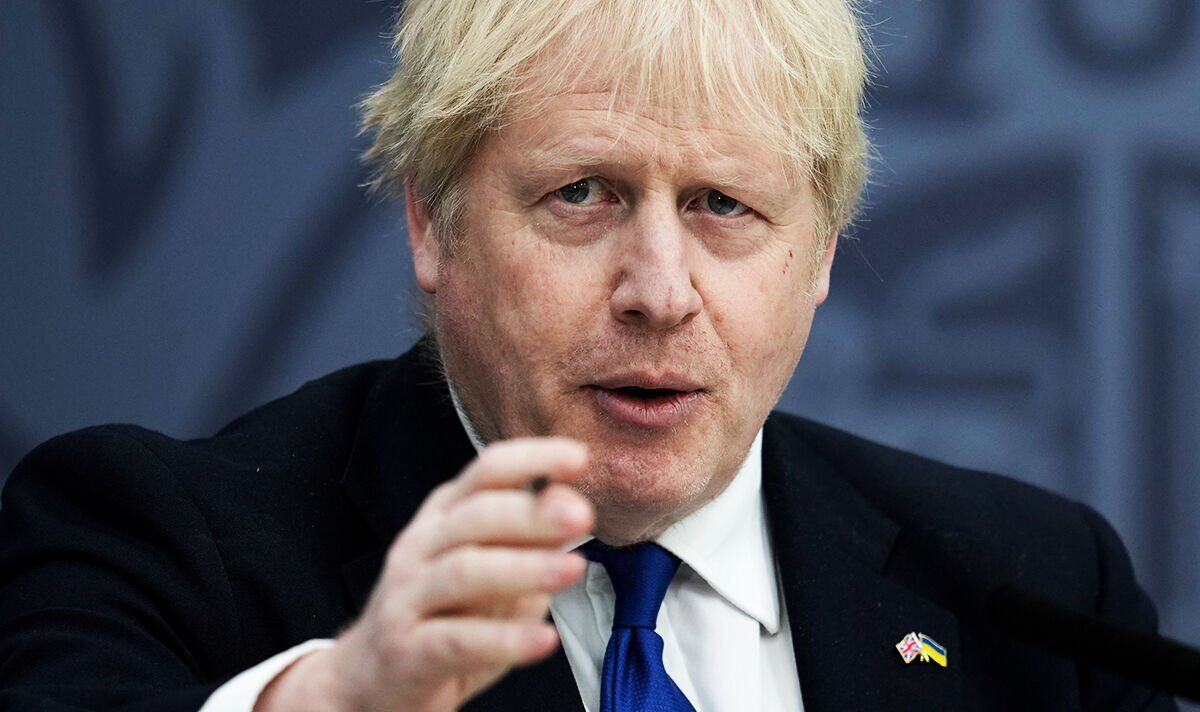 He insists that boosting the economy and cutting waste is at the core of his plan to beat rising inflation. Downing Street officials also noted that additional help for the hardest-hit households is on the way.

In an article for the Daily Express on the eve of decisive local elections, the Prime Minister says: “I know that families across the country are feeling the effects of rising costs of living.

“That’s why we’re focused on growing the economy to address the cost of living, and why keeping bills low and reducing City Hall waste is more important than ever.

He urges Express readers to stick with the conservatives today to keep council tax bills low.

“We have introduced billions of pounds of support (£9bn just to help with energy bills), some of that support is phased in and received throughout the year.

“Then more help will come and as the spring statement said, we will obviously keep this under review given the volatility in things like energy prices, and we will intervene as needed,” the spokesman said.

He said work was being done across the government to identify what departments could do “to alleviate some of the immediate pressures”; suggestions reported so far have included the removal of annual MoT tests in favor of one every two years, alongside the general £. Support package of 22,000 million already announced.

In a series of interviews broadcast yesterday, Johnson insisted the government was doing “everything it could” to help with the cost-of-living crisis.

But he acknowledged that the country is going through “a difficult moment that we have to overcome.”

In an interview with the BBC, he said: “What we’re doing is making sure we’re helping people right now with the cost of living, helping with £9.1bn in support of people’s energy budgets.

“And I know it’s hard, look, I’m not going to minimize this… people understand that this is a difficult time that we have to go through.

“There’s been an increase in energy prices around the world, which is driving increases in inputs for goods, you can see it in the cost of chicken, everything, so it should help people in the short term. “.

He added: “The most important thing is that we have an economy that is full of high-skilled, high-paying jobs, and that is the difference between this problem and the real economic crises that I remember from my youth.”

In an ITV interview yesterday, the Prime Minister acknowledged that rising energy prices were driving up the costs of weekly shopping baskets, he said, adding: “The cost of chickens is crazy.”

On energy, Johnson said: “This country is in the crazy position of having to take, channel, electricity from France and elsewhere because we haven’t done enough to invest in our own energy and electricity security.”

But he admitted the measures would not go far enough to ease the pressure on millions.

“I accept that those contributions from taxpayers, because that is what it is, taxpayers’ money, will not immediately be enough to cover the costs of everyone,” the Prime Minister said.

He added: “There is more we can do.

“But the crucial thing is to make sure that we take care of prices in the medium and long term.”

On ITV’s Good Morning Britain, broadcaster Susanna Reid confronted the Prime Minister about the impact of cost-of-living reductions on retirees.

She raised the case of a 77-year-old viewer called Elsie, who had seen her energy bill rise from £17 to £85 a month.

He had cut down to one meal a day and was riding buses all day to stay away from home and lower his bills.

In response to the case, the Prime Minister said: “I don’t want Elsie to cut anything.

“The 24-hour Freedom bus pass was something I introduced.”

Johnson said there was “a lot more stuff we’re doing.”

He said: “What we want to do is make sure we have people who are in particular difficulties served by their councils, so we’re putting a lot more money into local councils.

“We have private payments to help older people in particular with the cost of heating.”

“If you impose a windfall tax on energy companies, that means you deter them from making the investments we want to see that will ultimately keep energy prices low for everyone,” the prime minister said.

Asked about profits failing to keep pace with rising inflation, he said: “We have a short-term hit caused by rising energy prices around the world.

“If we respond by raising prices and costs across the board in this country, responding with government intervention and raising inflation, that will affect everyone.

“And that will mean people’s interest rates on their mortgages will go up, the cost of borrowing will go up, and we’ll be facing an even worse problem.”