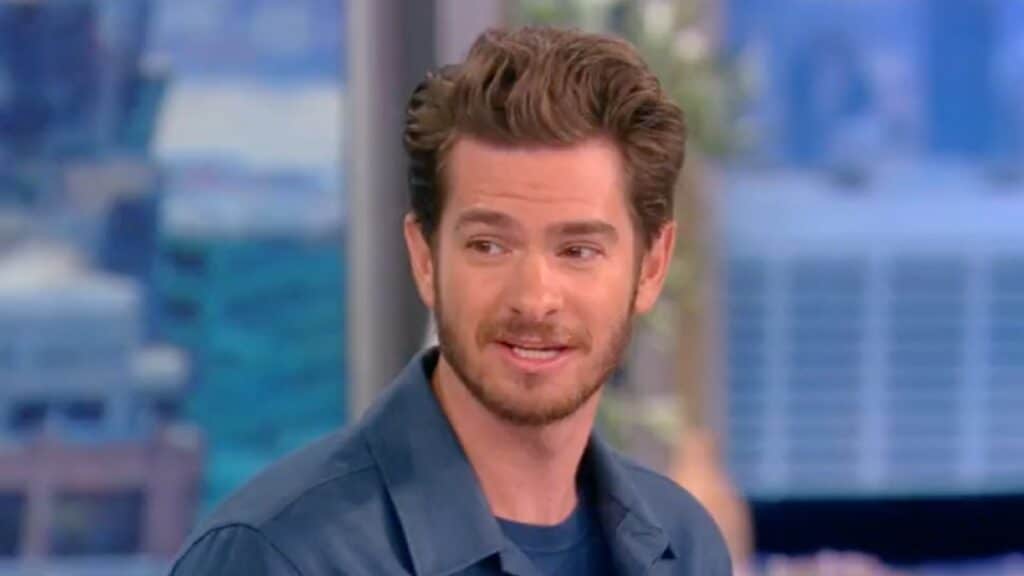 Andrew Garfield spoke about that photo of him at the Oscars that went viral on Thursday and confirmed that yes, he was texting his friends at the time. But he feels really guilty about it.

In the photo, Garfield can be seen texting under his table, while those around him watch what is happening on stage. The image quickly went viral, as fans joked that Garfield was probably texting or tweeting about Will Smith slapping Chris Rock just minutes before. And it turns out those fans weren’t too far off the mark.

While appearing on “The View” on Thursday to promote his new FX series “Under the Banner of Heaven” with co-star Daisy Edgar Jones, Garfield explained what brought him to that moment.

“So, I feel so bad because, you know, Kevin Costner is introducing the director nominees in the most beautiful and elegant way, and I’m like, ‘There’s no way I’m going to be on camera during this,'” she continued. “And everyone is texting me, asking me, you know, what they’re asking me, like what’s the mood in the room. At that time, my friends took precedence over Kevin. But I feel really bad about it.”

Host Joy Behar pushed him to say outright that he was texting about the slap, but Garfield just laughed and dismissed it. But when she pressed a bit more, asking him directly what she thought about the slap, Garfield got a bit more serious and refused to comment the same way he has so far.

“All is said. There’s no need for me to weigh in on that,” Garfield said. “All possible versions of the discussion have passed, and I have no interest in adding my voice to something that has already been said so well. [about].”

To that, Behar praised him and warned him that if he did, people might take his words out of context or exaggerate them, as they did with his recent comments about taking a break from acting.

“Thanks for the advice, Joy,” Garfield responded almost cheekily. “Thank you.”