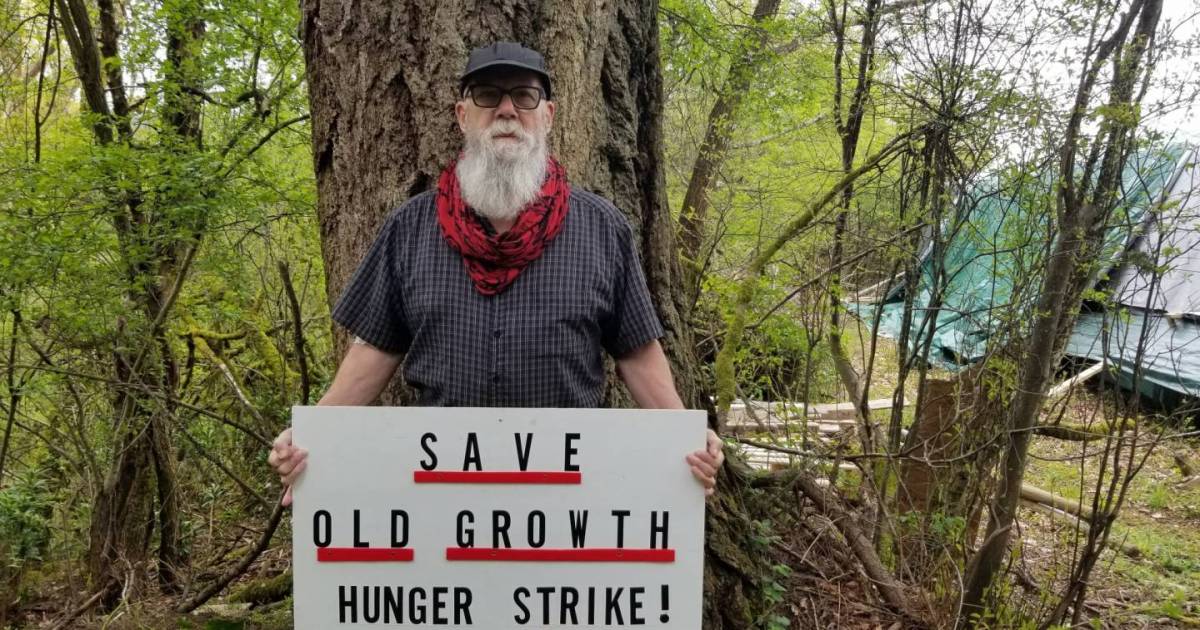 Two BC environmental activists on hunger strikes are in bad shape this weekend as the BC NDP government continues to obstruct their only demand.

Nanaimo resident Howard Breen, 68, was taken to the hospital on the 24th day of his hunger strike. He stopped consuming liquids on Earth Day.

His daughter, a nurse, called an ambulance because she was experiencing blurred vision, loss of balance, back pain around her kidneys and arrhythmia, according to the group Save Old Growth.

Breen has the support of the organization, which stated that he will likely be put on an IV drip.

Meanwhile, Save Old Growth said that Eichler has difficulty walking. He is now on day 31 of his hunger strike. Eichler continues to drink clear liquids.

The two hunger strikers have asked Forests Minister Katrine Conroy to hold a public meeting to discuss the felling of mature trees.

On Earth Day (April 22), Conroy called Breen and Eichler for the first time since they stopped eating.

Save Old Growth said the minister refused to agree to a public meeting, so he promised to continue.

Breen told the Straight on Earth Day that he would have little control over whether he would get an IV if he was sent to the hospital. But he insisted that he will resume his hunger strike if he is released.

“Once I recover, I won’t be taking any tube feedings,” Breen said at the time. “I just won’t do it once I’m aware of what’s going on. But I’ll continue to fast from food in the hope that that’s the leverage it takes to keep the minister doing the right thing.”

Eichler told the Straight on April 19 that he went on a hunger strike because he feels very bad about the loss of biodiversity. At the time, he spoke about how the loss of forests, including ancient stands, is contributing to deadly heat domes as the Earth’s temperature continues to rise.

Both Eichler and Breen want to preserve forests as carbon sinks instead of even more greenhouse gases being emitted into the atmosphere, leading to further global warming. Save Old Growth claimed that these forests also retain soil, reducing the risk of flooding and landslides.

“It’s obvious to me that we’re never going to get anywhere in terms of solving these existential crises without people taking action and doing civil disobedience,” Eichler told The Associated Press. Straight on april 19

Meanwhile, another Nanaimo environmental activist, Vic Brice, went on an indefinite strike today (April 24) to show his support for Breen and Eichler.

“I am outraged at my elected officials and doing this out of love and solidarity for Brent and Howard,” Brice, 69, said on April 24.

Another 36 people are fasting in support of the hunger strikers.

One of those who joined the fast, identified only as Tara in a Stop Old Growth press release, said he asked the CBC to cover the Eichler and Breen hunger and thirst strikes. He claimed that the person responded by saying that the CBC does not deal with suicides.

“The hunger strikers are not committing suicide,” he insisted. “They are desperately trying to get their voices heard by the people who are supposed to represent them. It is revealing that several people have to risk their lives to have a public meeting with a public servant.”

Save Old Growth notes that only 2.7 percent of BC’s old-growth productive forest remains.