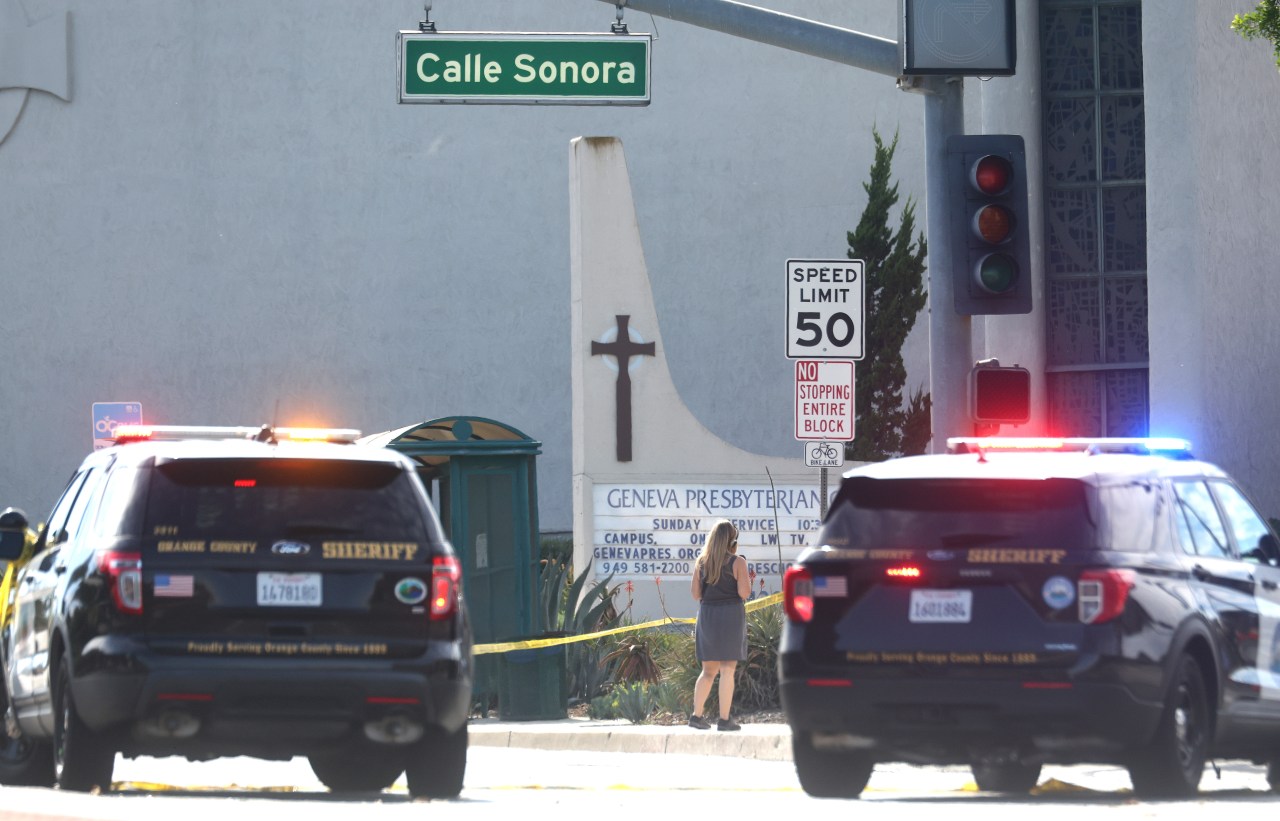 A 68-year-old man suspected of killing one person and wounding five others during a shooting at a Laguna Woods church Sunday chained the doors and planted explosives at the scene beforehand, authorities said.

David Chou was allegedly “upset with political tensions between China and Taiwan” when he opened fire during a lunch after morning service at the Geneva Presbyterian Church in the 24000 block of El Toro Road, according to the Orange County Sheriff’s Office. Don Barnes.

Chou drove to the church with which he had no obvious ties, chained the church doors shut and tried to disable the locks with glue, Barnes said during a Monday afternoon news conference.

About 50 people gathered to celebrate the return of a pastor who was on a mission trip to Taiwan.

Chou was not known to the congregants, but he joined the gathering and was walking around before he started shooting. Orange County District Attorney Todd Spitzer said he “socialized and socialized” beforehand.

A parishioner, John Cheng, 52, accosted Chou and tried to disarm him, allowing others to subdue the suspect, eventually tying him up until police arrived.

Cheng, however, was shot in the process and died. His actions were described by authorities on Monday as heroic.

Cheng, a doctor who worked in sports medicine, was at the banquet with his mother.

Five other people were injured, including a married couple in their 80s, Barnes said.

At the scene were two 9-millimeter semiautomatic pistols, along with several bags containing magazines with extra ammunition and four Molotov cocktail-like incendiary devices that Chou allegedly placed around the church, Barnes said.

In Chou’s car, authorities found notes in Mandarin that read “I hate the Taiwanese people.”

The FBI said it has opened a federal hate crimes investigation into the incident.

Barnes described the shooting as a “heinous crime.”

Chou faces one count of murder with the use of a weapon, five counts of attempted murder and four counts of unlawful possession of explosives, Spitzer said.

The suspect, a Chinese immigrant who works as a security guard in the Las Vegas area, also faces a special circumstances charge of lying in wait.

He could face the death penalty or life in prison.

Spitzer wanted to see the crime scene for himself to determine how to proceed with the case.

“I needed to see with my own eyes the havoc, the desperation, the urgency, the emotion and the lives that he has forever affected and ruined,” the senior prosecutor said.