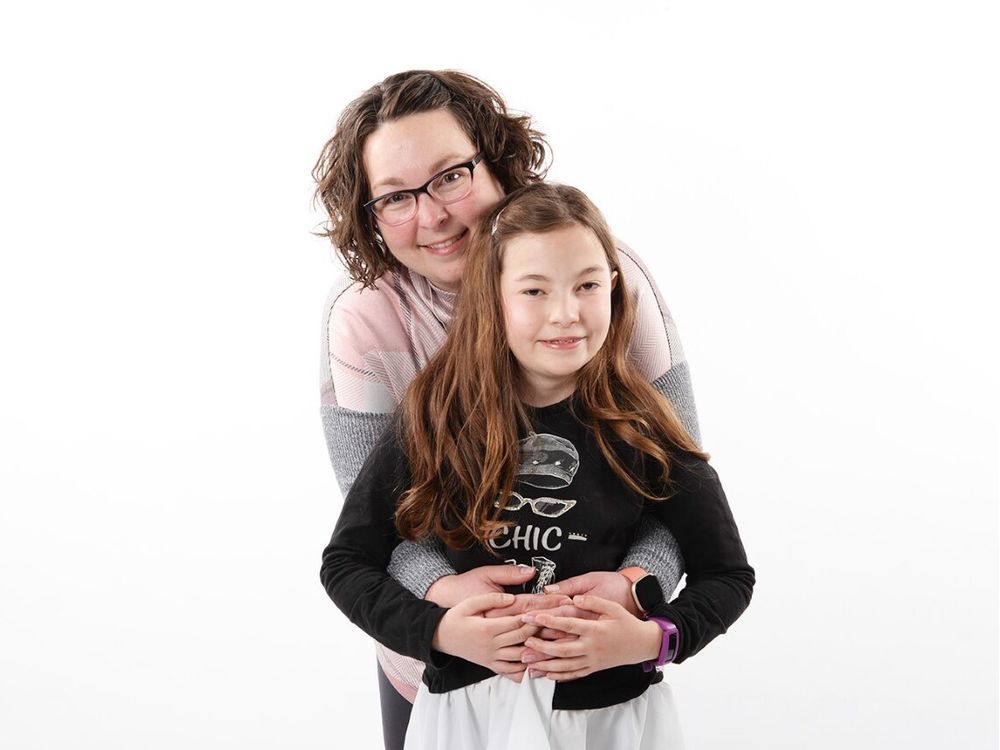 For most of her 12-year life, Anna Boileau has been a medical mystery.

As a baby, his oxygen levels were low and he was unable to gain weight. He spent the second six months of his life in the hospital.

Although his fine motor skills are good and he learned to talk early, he did not walk until he was two years old. She doesn’t have the reflex to protect herself from falls by extending her arms, so she has suffered broken bones and concussions. She is short of breath and she needs a respirator at night to make sure she keeps breathing.

Over the years, Anna has seen hundreds of doctors. There were dozens of tests, from muscle biopsies and metabolic tests to at least five different genetic tests.

“Sometimes he had so many stitches and surgeries that he looked like Frankenstein. And they couldn’t find out what he had,” said Anna’s mother, Mallory Boileau.

Then, about a month ago, Anna’s whole genome sequencing results concluded that she has an ultra-rare genetic condition due to two variants that affect a gene called SELENON. She inherited one variant from her mother and one from her father.

While there is no cure, the knowledge has provided his family with a roadmap for treatment, based on other cases from around the world.

“I keep imagining a family with a new baby. If I had known then what I know now, I would have been a game changer,” Boileau said.

There are thousands of rare diseases. Together, they affect millions of people. About 930,000 Ontario residents have a rare disease. About a third of these do not have a genetic diagnosis.

CHEO and the Hospital for Sick Children in Toronto are part of Genome-wide Sequencing Ontario (GSO), a pilot project aimed at ensuring that children with rare diseases in Ontario are diagnosed as soon as possible.

Whole genome sequencing can search all known genes for variants that could cause disease. It provides a much more complete analysis of a patient’s genetic data. In Anna’s case, her condition would not have been identified by exome sequencing.

The GSO project started about a year ago. To date, the DNA of more than 1,800 patients and relatives has been sequenced.

It’s a time-consuming process, but the project aims to deliver results within 12 weeks, said Dr. Kym Boycott, CHEO’s medical geneticist and a senior scientist at the CHEO Research Institute. About 300 to 500 patients a year at CHEO would be candidates.

So far, GSO has been able to provide a diagnosis for 32 percent of participating families, in line with reported diagnosis rates worldwide for this technology.

Conventional genetic testing involves testing subsets of genes. This can lead to multiple tests and investigations, which can be time consuming and expensive without a diagnosis. Boileau recalls that one of Anna’s samples was sent first to Toronto, then to Boston, then to Europe, but still no response.

Although exome sequencing was already available through laboratories outside of Canada, the pilot project will determine if it is feasible to provide greater access to whole-genome sequencing with faster results.

The GSO project will also help track how many cases were diagnosed and the impact on the health care system. It may be more efficient if sequencing is done early in the patient’s diagnostic journey, saving time and money on other diagnoses, Boycott said.

For families, having a name for a mystery illness is a relief. Anna’s diagnosis was the first time in 12 years that her family was able to put a name to her condition, Boileau said.

“It would be great if families got this kind of response early in their journey,” he said.

A diagnosis can also be the first step to specific care. Other children with Anna’s genetic condition, for example, have been at risk of developing scoliosis (curvature of the spine) and heart disease.

Only about 30 children with Anna’s condition have been reported in the medical literature, but it is likely that there are more who have not been identified.

“We have databases for many rare diseases and identifying families to share their experience is an important part of understanding what this disease means for children and how best to manage it,” Boycott said.

There is currently a clinical trial recruiting to study Anna’s condition and she is looking to find 20 children to participate in order to understand more about the condition itself. “This is a really important next step for all rare diseases,” she said.

Anna has missed a lot of school due to appointments and hospitalizations, but she is resilient and does well in school, her mother said. While she will never be an athlete, she is an avid reader who loves art and wants to be a teacher one day.

Anna hopes that her 12-year journey will be useful to others.

“I hope I can help other children.”