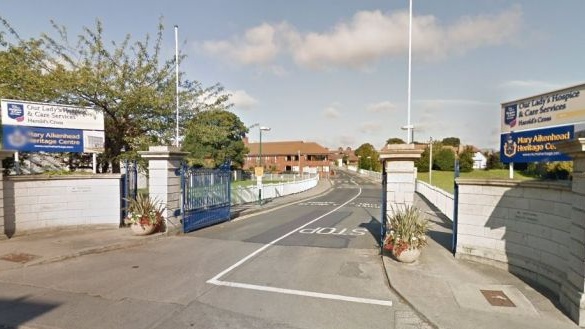 A former finance chief at the country’s largest hospice has been sent to trial on charges of deception after a loss-making deal on a property in southern Spain.

The Gardaí opened a fraud investigation for irregularities arising from the sale of a home on the Costa del Sol that belonged to Our Lady’s Hospice in Harold’s Cross, Dublin.

Denis Maguire, 64, a former head of finance for the hospice, and co-defendant Michael Egan, 56, a businessman from Bunnanertish, Knockanillaun, Ballina, Co Mayo, were later charged with deception. They were granted bail on a number of conditions in March.

It is alleged that, on or about March 5, 2015, they dishonestly, with intent to cause a loss through deception, induced Our Lady’s Hospice Ltd to sell a property at a loss.

The offense is contrary to section 6 of the Criminal Justice (Theft and Fraud Offences) Act 2001.

Judge Paula Murphy noted that the Director of Public Prosecutions had ordered a “trial by indictment” when they appeared in Dublin District Court on Thursday.

He told them that they should notify the prosecution if they intended to use alibis and ordered the Gardaí to hand over copies of the videos of the interviews to the defence.

There was no objection to bail.

Mr Maguire, residing at Ballybrack Road, Glencullen, Co Dublin, had to commit himself in court during a one-week request for relaxation of the terms of his bail.

His lawyer, Siobhan Matthews, explained that Maguire had previously booked a vacation in the last week of May.

Gardaí had been notified and agreed to allow him to retrieve his passport, which was previously seized.

However, Judge Murphy warned him to use it “for no other purpose than the itinerary he had provided” to the gardaí, and to hand it over upon his return.

When asked if he understood, Maguire replied, “Yes, I understand, thank you.”

The court heard that additional conditions on his bail required him to check in regularly at the Stepaside Garda station and not apply for other travel documentation.

Mr. Egan was advised that he had to sign in three days a week at the Ballina Garda station. In addition, he must notify the Gardaí in the event of a change of address, have no contact with prosecution witnesses, surrender his passport, not leave the jurisdiction and remain reachable by mobile phone. The judge also told him to keep the phone “on and charged at all times.”

Judge Murphy told them that they were to be sent for trial to the Dublin Circuit Criminal Court, where the case will be listed on June 2.

Neither has entered a guilty plea for the alleged crime, which if convicted in the indictment may result in a fine or imprisonment for a term not to exceed five years or both.