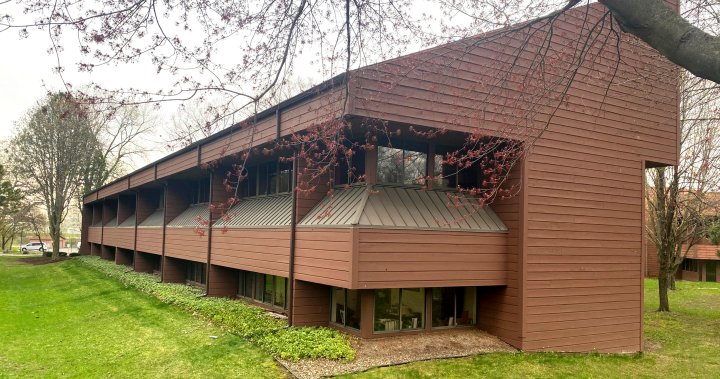 Arson investigators were investigating a fire Sunday inside the headquarters of the anti-abortion group Wisconsin Family Action, where someone had spray-painted a message outside the building.

Madison police spokeswoman Stephanie Fryer told the Wisconsin State Journal that the fire reported shortly after 6 a.m. Sunday in Madison was suspicious in nature. No one was injured and authorities were still working to determine how much damage the fire caused.

It was not immediately clear who vandalized the building, but the message “If abortions aren’t safe, neither are you” was spray-painted on the building.

The lobbying group’s president, Julaine Appling, said she sees the fire as a “direct threat to us” given that it occurred just days after a draft of a US Supreme Court opinion was leaked. Wade’s decision who legalized abortion in this country. She said people could have been injured if they had been working in the office at the time.

“This is the local manifestation of pro-choice people’s anger and lack of tolerance toward those of us who are pro-life,” Appling said.

IN PHOTOS: Abortion rights protests erupt across the US after Roe v. Wade

Wisconsin politicians, including Democratic Madison Mayor Satya Rhodes-Conway, were quick to criticize the vandalism on Sunday.

“This attack is abhorrent and should be condemned by all,” said Republican US Senator Ron Johnson.

Democratic candidate for the US Senate, Tom Nelson, also denounced the vandalism.

“I am committed to protecting women’s rights, but we have to do it the right way,” Nelson said. “Violence and destruction are not the answer. I’m glad no one was hurt.”