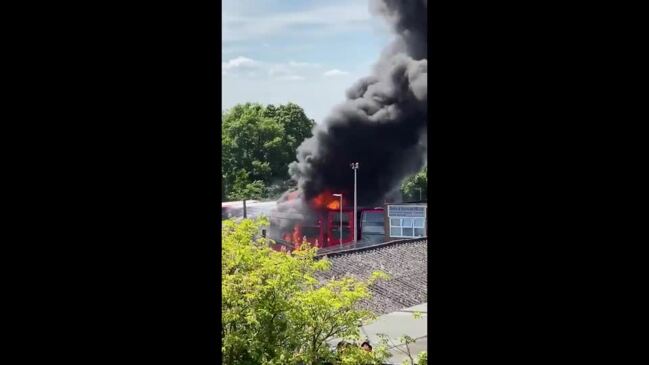 Flames engulfed several buses in a garage in Potters Bar, Hertfordshire, on May 22. Images recorded by Shaun Cunningham show at least two red buses lit up. The fire grows rapidly as sirens can be heard in the background. Herts Fire Control tweeted that they were attending the fire, which local media reported could be seen from the A1000. Local media, citing Herts Fire Control, reported that six fire engines were in attendance, as well as Hertfordshire Police. Credit: Shaun Cunningham via Storyful