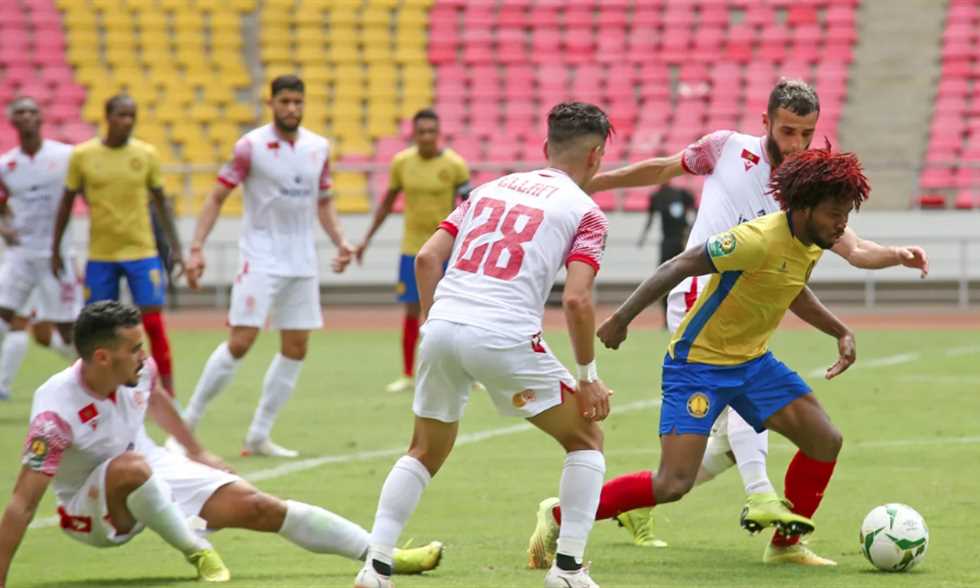 making progress FilGoal.com Live coverage of the match between Wydad of Morocco and Petro Atlético de Angola for the second leg of the CAF Champions League semifinals.

Wydad won the first leg 3-1 at the Estadio 11 de Noviembre in Angola.

Wydad needs to win any result, draw or even lose by one goal difference to qualify for the final.

While the Angolan team hopes to achieve a victory by 3 goals to get the qualifying ticket.

It’s over.. Wydad to the final

S 90: A missile shot is countered by Technouti, and then keeps bouncing off Al Qaim and Al Hari and out into a corner.

S 73: Yano’s shot from outside the penalty area misses the post

S 49: Goal disallowed against Moroccan Wydad by hand of the team player.

start of the second half

The end of the first half

S 45: A header from Petro Atlético brilliantly saved by Technaute.

S 27: Gooool the equalizer. Wydad equalized through Muhammad Farhan with a header that inhabits the bash.

S 20: Goul Oool Gilson shoots a powerful ball to the right of Ahmed Reda Teknaouti, into the net.

S 7: Badi Awok takes advantage of a defense rebound down the right wing from inside the penalty area and hits a powerful ball that passes out of the net.