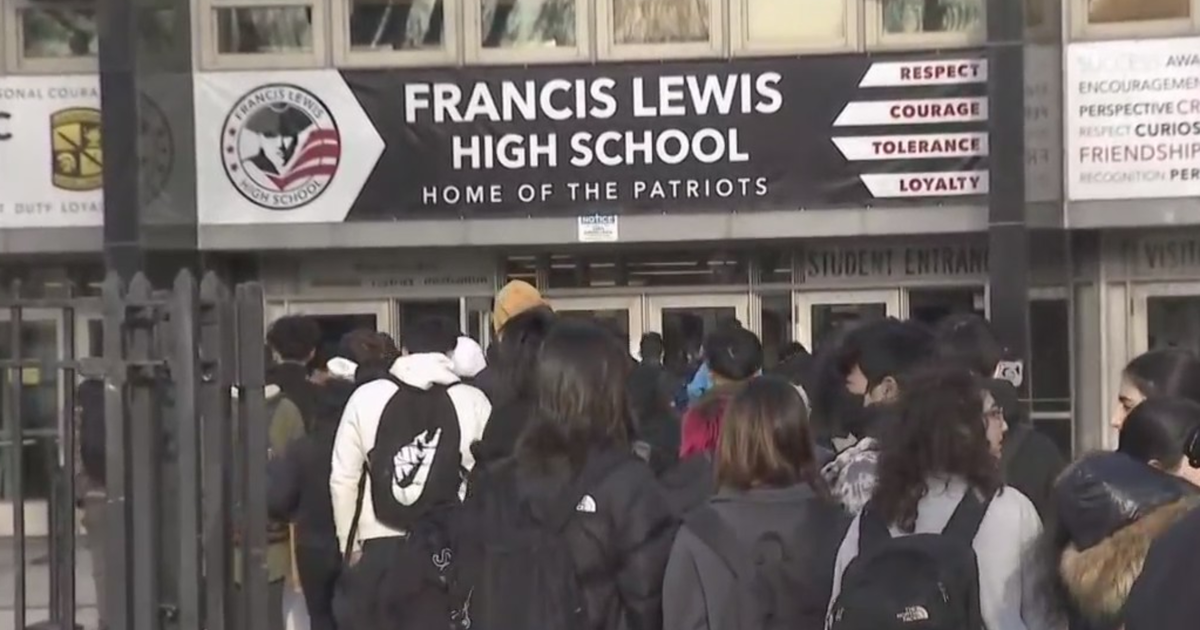 NEW YORK — A drive-by shooting has transformed a quiet Queens street into the center of one of New York’s latest crime scenes.

Long lines greeted students at Francis Lewis High School, where they followed instructions from New York Police Department school security guards. They had to go through metal detectors and check their bags, as part of an unannounced scan.

“I hadn’t experienced this before,” senior James Wu told Dias.

“Usually there isn’t as much police activity, but when there is, it’s much safer,” said senior Sifredo Montes.

The added security measures came after police said a group of 10 students, many from the school, were shot Wednesday afternoon as they walked home a half-mile away on 188th Street.

Two 18-year-olds were injured, one in the leg and one in the stomach. A 14-year-old girl several meters away was also shot in the neck and seriously injured. Police do not believe she was a target.

Investigators say this all happened after two cars stopped and exchanged angry words.

“Right now, the nature of the dispute and, in terms of the people, the relationship of the people involved in that dispute, are also part of the investigation,” New York Deputy Chief of Police Ruben Beltran said.

It seems that no neighborhood is immune to ongoing gun violence in the city. This community is usually one of the safest.

“What do you tell your children? ‘Is this life?'” Father George Douveas wondered.

He said he will have new rules for his daughter after this shooting: no hanging out after school.

In a way, neither injury is considered life-threatening.

John Dias is an Emmy-nominated reporter. He joined CBS2 News in November of 2017.