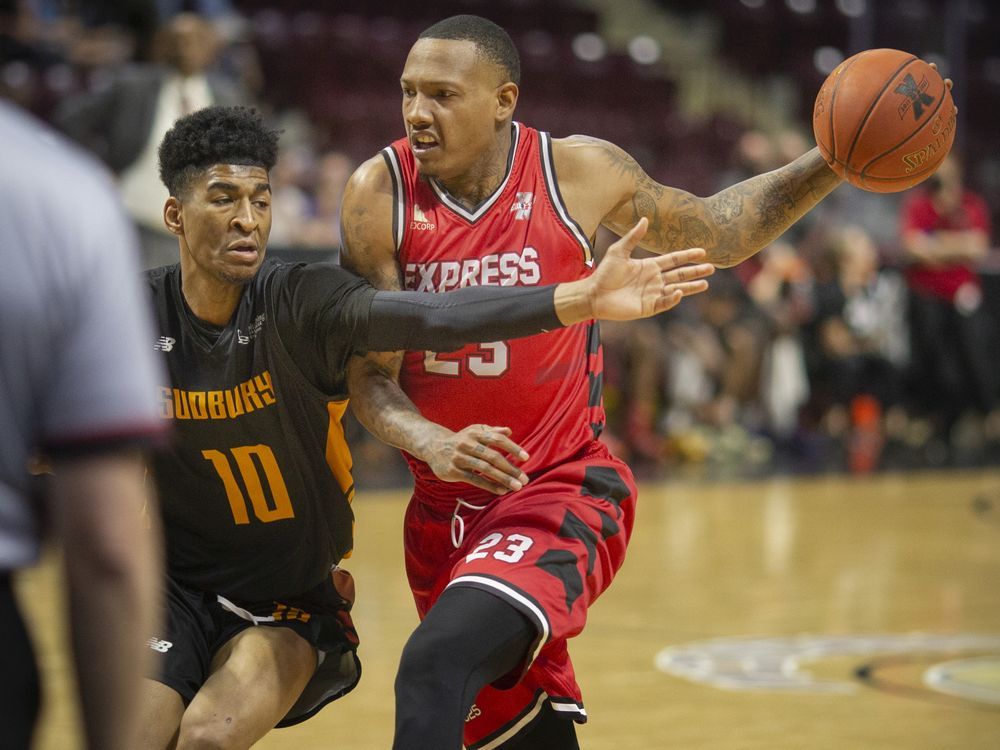 A season-closing win on Friday was another confidence boost for the Windsor Express.

Even with a 108-75 win over the Sudbury Five to close out the regular season at the WFCU Centre, the Express had long been assured of a fourth-place finish in Canada’s NBL standings.

In fact, Windsor is the only team in the league to finish under .500 with an 8-16 record, but a 3-3 mark to close out the season has the Express believing there is hope in their playoff series. in the first round with the first seed. London lightning.

“We’re lucky that everyone is going to the playoffs and this is our second season,” Express head coach Bill Jones said. “It’s a quick turnaround with the playoffs starting on Sunday.

“Obviously (London) is the better team, but we are healthy and we see it as an opportunity to come in, compete and build on the rivalry.”

In a challenging season in which the league had to find a partner for an interlocking schedule as teams opted out due to COVID-19, Jones has seen his club struggle to overcome numerous obstacles throughout the season.

“It was Murphy’s Law,” Jones said. “Everything that could go wrong, went wrong. In the second quarter of the first game, a guy tore his Achilles tendon and it’s been tough ever since.”

So bad that even getting decent practice proved to be a challenge.

“During the middle of the season, we couldn’t have a five-on-five practice,” Jones said. “But we held our ground, got a few more players and started playing better.”

There were still challenges as new players tried to catch up after joining the Express and nagging injuries forced Jones to lean heavily on veterans like former league MVP Billy White and Quinnel Brown.

“Kudos to Billy White, who we had to rely on a lot and play 48 minutes on some nights,” Jones said. “(Brown) is 38 years old and he helped stabilize us.

“Just the whole team for standing their ground and not giving up. Not throwing the white flag and we had our chances”.

There was even a historic victory for Jones, as a 110-92 win over London on April 22 marked Jones’ 150th victory as head coach of the Express.

The Express won’t be viewed by many as a favorite in the best-of-five series against the Lightning, but Jones said this is an opportunity and the roster is a little healthier now and not forced to play too much with the veterans.

In Friday’s win, Tanner Stuckman, who was the only Express player to appear in all 24 regular-season games, finished with a game-high 25 points. Kobie Williams finished with 19 points, Jachai Taylor added 15 points while White and Elijah Ifejeh each contributed 12 points.