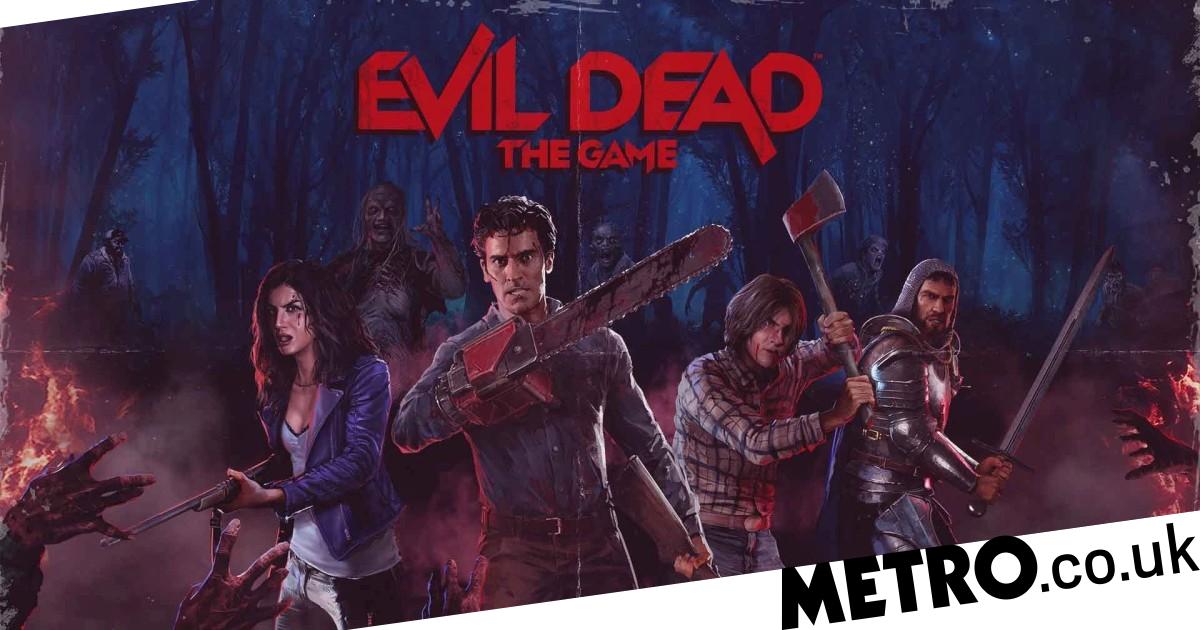 80’s shlock horror reimagined as 4v1 multiplayer, where you can play as Ash or Deadites, but which is more fun?

There was a time, about seven years ago, when it looked like asymmetric multiplayer was going to be the next big thing. It wasn’t, but at first it was hard to tell if it was because the concept was inherently flawed or because it just didn’t have a catchy enough name. Exemplified by the ill-fated Evolve, the idea was for four people to play a relatively normal cooperative game while a fifth teamed up as the enemy force, usually involving a central boss-type character plus minor minions and traps.

When none of the initial games became hits, it seemed like it would become the shortest-lived genre, until the developers discovered the necessary secret ingredient: horror. Dead By Daylight paved the way, before several others started using old ’80s horror movies as a setting, starting with Friday The 13th and now including Predator and the upcoming Texas Chainsaw Massacre (technically a ’70s movie) and the ghostbuster games

Now the same formula is applied to the king of terror of the 80’s, in Evil Dead. The immediate problem though is that the movies not only don’t have a central villain, but the hero Ash spends most of the movies alone. Despite that dichotomy, this is easily the most authentic Evil Dead adaptation yet, so much so that you can feel the love for the series from the moment you fire up the game.

Although it tries to offer its own experience for a single player, with a series of missions that recreate specific moments from each of the films, it should be stressed from the outset that it is not a game for anyone who is going to play alone. – not even if you’re the world’s biggest Evil Dead fan. Although it’s online only, no matter what you do, you can play against bots if you want, but to have real fun you’ll have to play with and against real people.

As is often the case with these types of games, while you’re technically free to roam wherever you want, on the surprisingly large map, how you win a match revolves around completing a very specific set of tasks. First you have to find all three parts of a map, then you have to find the Necronomicon and the Kandarian dagger, and finally use everything you’ve gathered to banish the Deadites.

However, that makes the gameplay experience sound a lot more linear than it is, as not only can you go as far as you want, trying to find better equipment and weapons, but you’re also always in danger of being ambushed by monsters and traps set by the fifth player.

By default, they play in first-person mode, like the classic invisible Sam Raimi-o-vision monsters, but if they collect enough energy, they can spawn lesser enemies and possess them, or other things like evil trees, to control them directly.

Human players can also be possessed, although that requires a lot of pent-up energy and the character being scared, a state they reach by being in the dark or isolating themselves from the main group. The ultimate toy for the evil player though are the boss characters, including Henrietta from the second movie and Evil Ash from the third.

Even if Evil Dead doesn’t seem like the best vehicle for some of these concepts, the basic idea is great and the first dozen is a lot of fun as you find out what your favorite weapons and characters are (there are several). versions of Ash, but also a number of new characters from the much-underappreciated Ash vs Evil Dead TV show).

They all have their own unique abilities, from infinite ammo to being able to exorcise a teammate, and each is organized into several different class types.

The attention to Evil Dead lore is excellent, from the chained cellar door in the original cabin in the woods to the use of mini-ashes as traps in item boxes. And while there’s no real narrative, and none of the new dialogue is very memorable, Bruce Campbell and the TV actors do more than just phone in their performances.

One of the main problems with the game is that the combat is very rudimentary and shallow. Ammo is in short supply, so most combat is close-quarters, as you button vaguely in the direction of enemies who often seem to appear out of nowhere. With everyone trying to keep together, it’s already hard to tell who is and who isn’t a player character, but this is made worse by the third-person view, which often makes it hard to see what’s directly in front of you.

There is no nuance to the fight and everything quickly starts to feel very routine. Once you start learning the ropes, rather than the game opening up, it becomes more obvious how limited the game really is. Eventually, you realize it’s the evil fifth player who’s having the fun, as he has the most open options, including three different sets of cannon fodder grunts and the tactical considerations of gathering and spending energy.

These are familiar problems from other games in the genre, suggesting that much of the appeal of these titles comes solely from the license and not necessarily the gameplay. We certainly appreciate playing something created by other Evil Dead fans, but there’s little here to grab your attention beyond the first few hours, in a game that definitely won’t swallow your soul.

Soon: A loving homage to the Evil Dead franchise, but it’s a series that doesn’t particularly fit the 4v1 concept, with shallow combat and very little variety.

Advantages: The look and feel of the movies and TV shows are perfectly recreated and the opening hours are a lot of fun, especially if you play as the Deadites.

Cons: Simplistic and unsatisfying combat. The rigid structure of the matches quickly becomes repetitive and there is not enough variety of maps. The third person view is often a detriment.

MORE: Soundfall Review: The Rhythm of the Fight