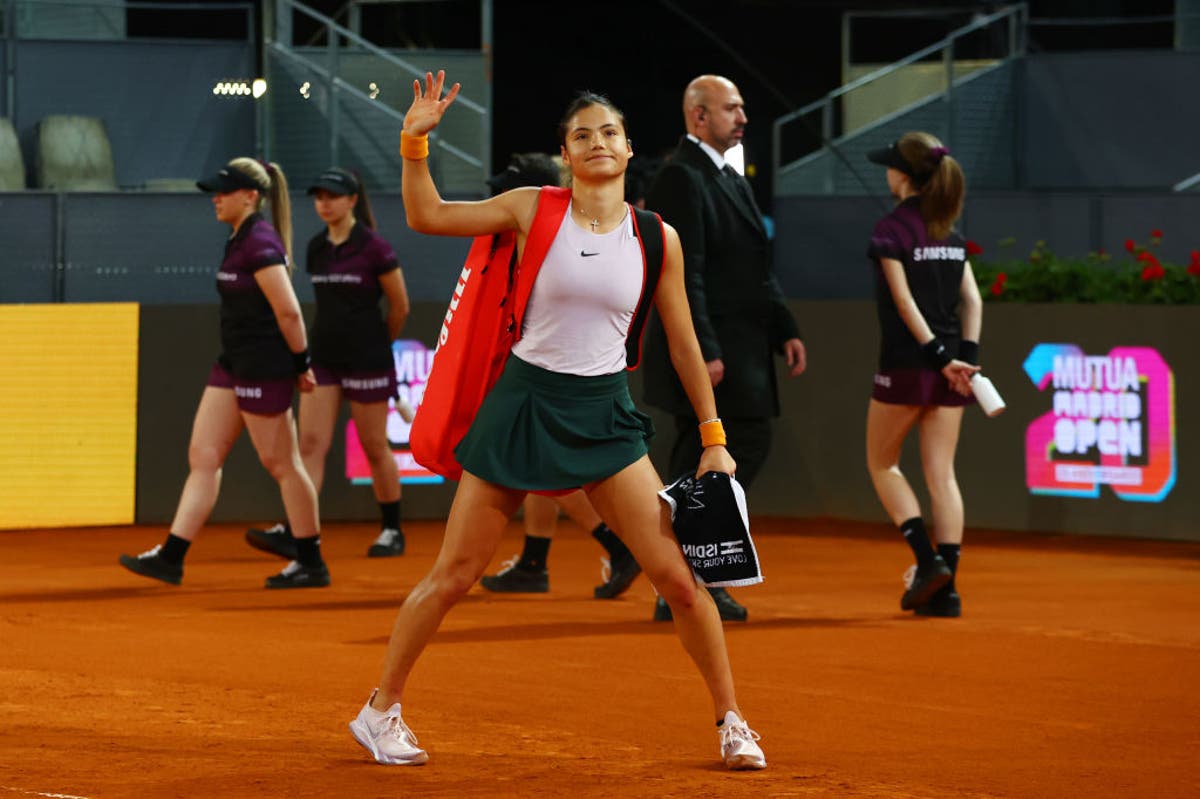 Emma Raducanu put in a great effort but eventually withdrew from the Madrid Open after a three-set loss against unseeded Ukrainian Anhelina Kalinina.

Raducanu was beside herself and outmuscled in a first set that lasted just 35 minutes, after which she briefly left the court for a medical timeout after grabbing her back a couple of times.

Surprisingly, she seemed rejuvenated and capitalized on an error count from her opponent to take the third-round match to a decider, only for Kalinina to control her nerves and prevail 6-2, 2-6, 6-4.

While Kalinina can look forward to a quarter-final showdown against Switzerland’s Jil Teichmann, Raducanu, seeded ninth in the Spanish capital, can take solace in her dogged determination.

“I want to give credit to Emma because I think we both played very well, the match was great in my opinion,” Kalinina said afterwards on Amazon Prime.

“I appreciate that in this moment maybe I was luckier and did better in the decisive points. I’m happy to have won this match.”