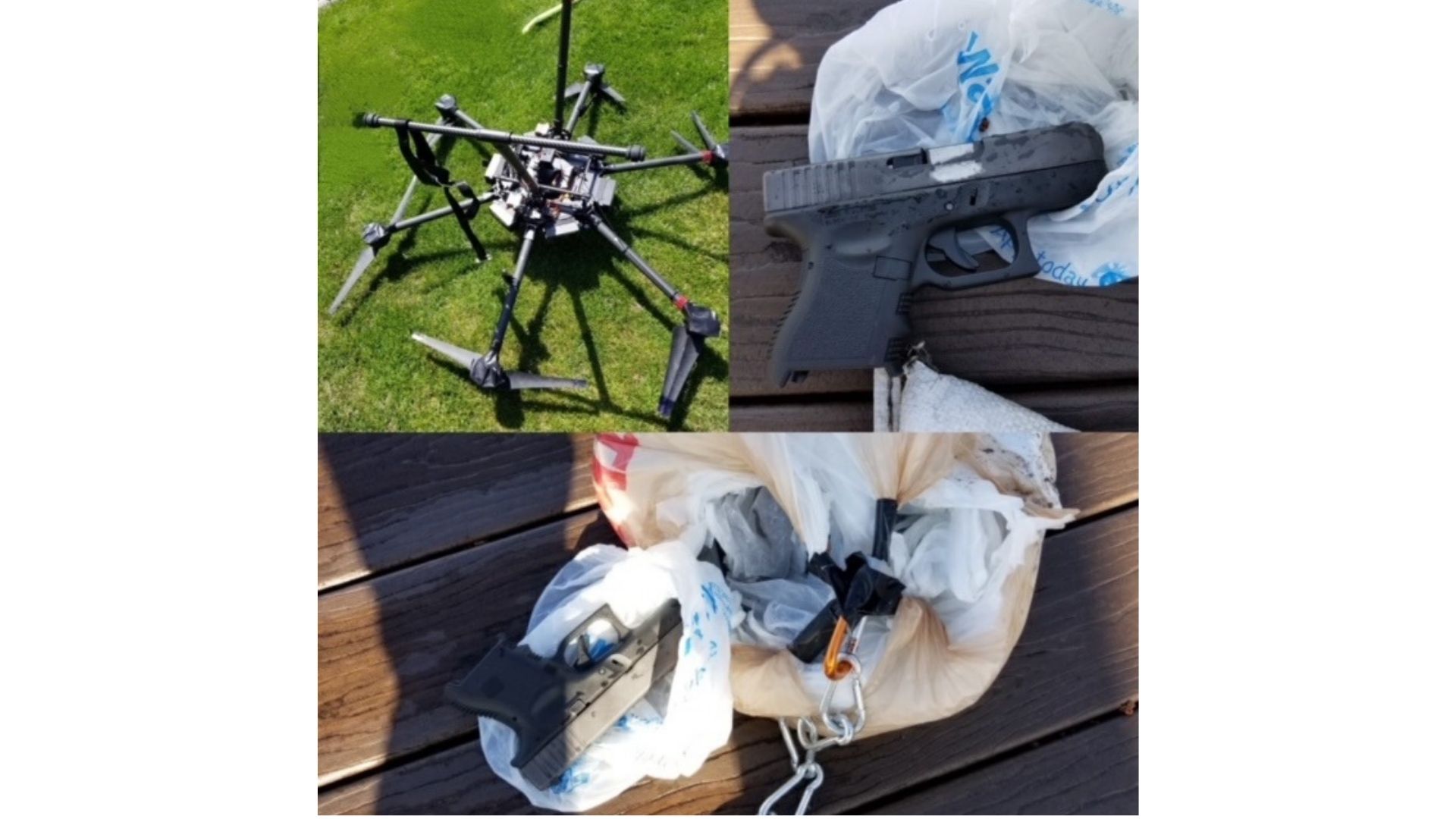 The CBC reported that a shopping bag was attached to the drone, which got caught on a tree. The bag contained 11 pistols and is believed to have been transported across the international border between the United States and Canada.

Ontario Provincial Police officers were notified Friday of a large drone stuck in a tree along the St. Clair River near the small Canadian town of Port Lambton, about 60 miles northwest of Detroit.

The Western Region of the Ontario Provincial Police, which oversees Lambton, tweeted a photo of the drone and the guns on Monday.

“How do illegal guns get into the hands of criminals in Canada?” the tweet said. “Recently, Lambton OPP discovered that drones are being used to transport the prohibited weapons from the United States.”

The St. Clair River is shared by Canada and the United States. Police assume the drone came from the United States and was intended to deliver the firearms to an unknown recipient in Canada.

It is unclear who operated the drone, where the weapons are from and who or where the drone was traveling at the time it got caught in a tree.

According to Drone Genuity, drone laws vary by country or continent. In North America, for example, five countries, including Canada and Jamaica, have very few restrictions related to recreational drone flights, aside from not impeding airspace or potentially registering with local aviation authorities. Another 10 countries, including the United States, Mexico and the Bahamas, require some form of paperwork to fly, but the restriction is still light.

Countries like Cuba, Belize, and Nicaragua have very strict drone regulations, however they reportedly restrict all drone flights “except on very specific commercial occasions.” Drones brought into those countries could be confiscated.

On April 21, 2021, the Federal Aviation Administration’s “Operations Over People” rule went into effect, described as “the next incremental step toward further integrating unmanned aircraft (UA) into the National Airspace System.” . It allows routine operations on people and routine operations at night under certain circumstances, while eliminating the need for typical operations to require FAA waivers.

Drones can be used nefariously or counter-used for security-related reasons, as the Pentagon recently sent hundreds of “Phoenix Ghost” drones to Ukraine to defend against Russian aggression.

In Shanghai, drones have been used to encourage residents not to protest against COVID-related lockdown measures.

They can also save lives in certain cases, such as North Carolina authorities locating a stranded hunter with drone technology.

news week reached out to the Ontario Provincial Police and the St. Clair Township Fire Department for comments and updates.