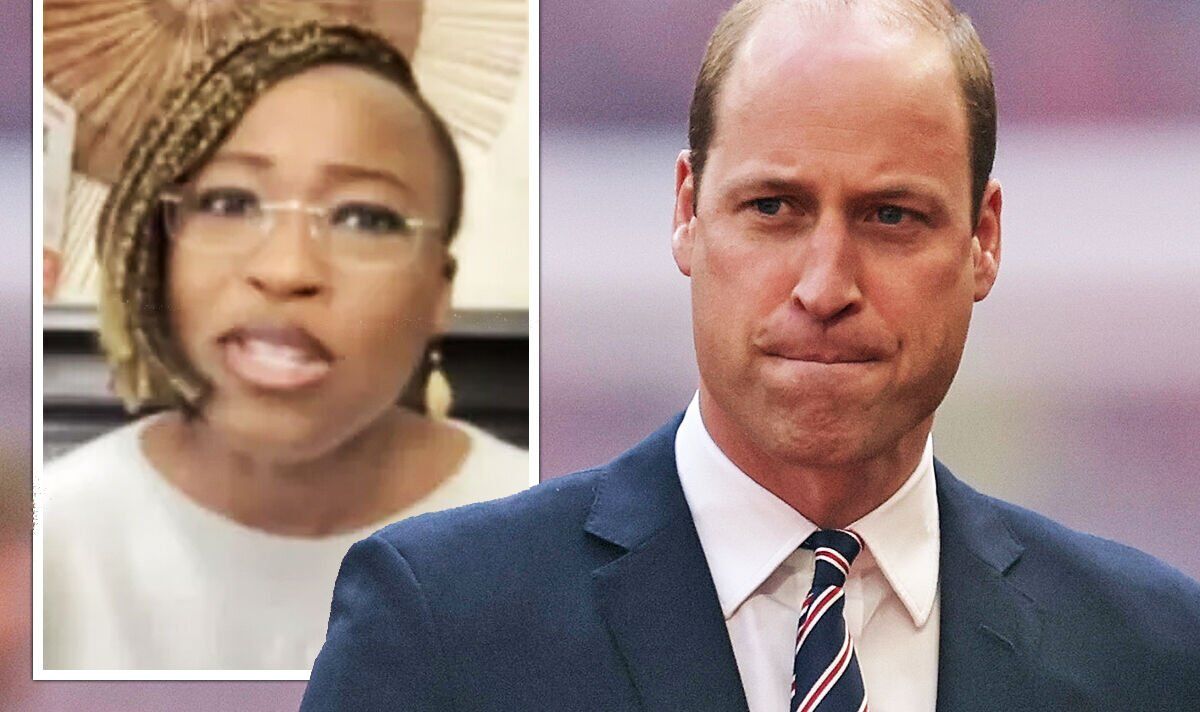 Mos-Shogbamimu said people who were offended or moved by football fans booing the Duke of Cambridge at Wembley Stadium on Saturday should “get over it” as the second in line to the throne “is not blameless.” Hours after the shocking scenes at the London stadium, the women’s rights activist took to Twitter to say: “Only #PrinceWilliam is shocked he got booed, how out of touch is this guy? It’s laughable.” .

“Those who have a fit should get over it: Prince William is not above reproach.”

Apparently referring to a claim that royal aides feared the Duke and Duchess of Sussex might be booed if they appeared on the balcony of Buckingham Palace on June 2 alongside the queen and other working royals, Dr Mos-Shogbamimu added: “…looks like it’s not #Harry and Meghan Royal Family should be worrying about being booed on the Royal Balcony #FACupFinal.”

The taunts against Prince William began when the duke’s presence was announced during pre-match just before the start of the FA Cup final at Wembley Stadium on Saturday.

Parts of the crowd also booed him as he walked down the pitch to shake hands with the Chelsea and Liverpool players.

Some of the people in the stadium continued to boo as the national anthem played, as well as during the performance of the Christian hymn Abide With Me.

The Duke, who attended the match as FA chairman, did not comment on the show of disapproval.

After the end of the march, he returned to the pitch to present the FA Cup trophy to Liverpool, who won 6-5 on penalties.

While William seemed unscathed by the jeers, top MPs condemned the jeers.

Speaker of the House of Commons Sir Lindsay Hoyle said the heckling was particularly reprehensible as it came weeks before the country comes together to celebrate the Queen’s 70th year on the throne.

He told MailOnline: “I completely condemn the fans who booed Prince William at Wembley today.

“The FA Cup final should be an occasion where we come together as a country.

“It shouldn’t be ruined by the totally disgraceful behavior of a minority of fans.

DO NOT MISS IT

“In this year of all years, the Queen’s Platinum Jubilee, this is terrible.”

Sir Ed Davey, leader of the Liberal Democrats, said: “We have the most wonderful Monarch and those fans who booed do not represent their clubs or our country.”

Conservative MP and former culture secretary Karen Bradley urged the FA to “take all necessary action and go after those responsible”.

She added: “It is completely unacceptable and disgraceful for fans to boo Prince William.”

The message did not refer to booing, instead focusing entirely on the FA Cup.

“Very well deserved after a long journey and my condolences to @ChelseaFC, you showed a real fight for the full 120 minutes and more. W #FACupFinal”

The Duke, who in his role as FA chairman spearheaded a men-focused mental health awareness campaign, Heads Up, and spoke out against racism in sport, received support from royal fans.

One, Tim Smith, tweeted in response to William’s message: “Thank you Prince William for coming to the match and presenting the FA Cup!

“I hate the booing sections of the crowd and I think you and Kate are doing a fantastic job in a very troubled world! A real boon to Her Majesty!”

Another, P Pauta, tweeted: “This was truly the best moment for me. Seeing Prince William attend and present the medals to my team. What a day! Thank you, His Royal Highness.

“Difficult circumstances but always handled with class!! Nothing but respect for our future King.”