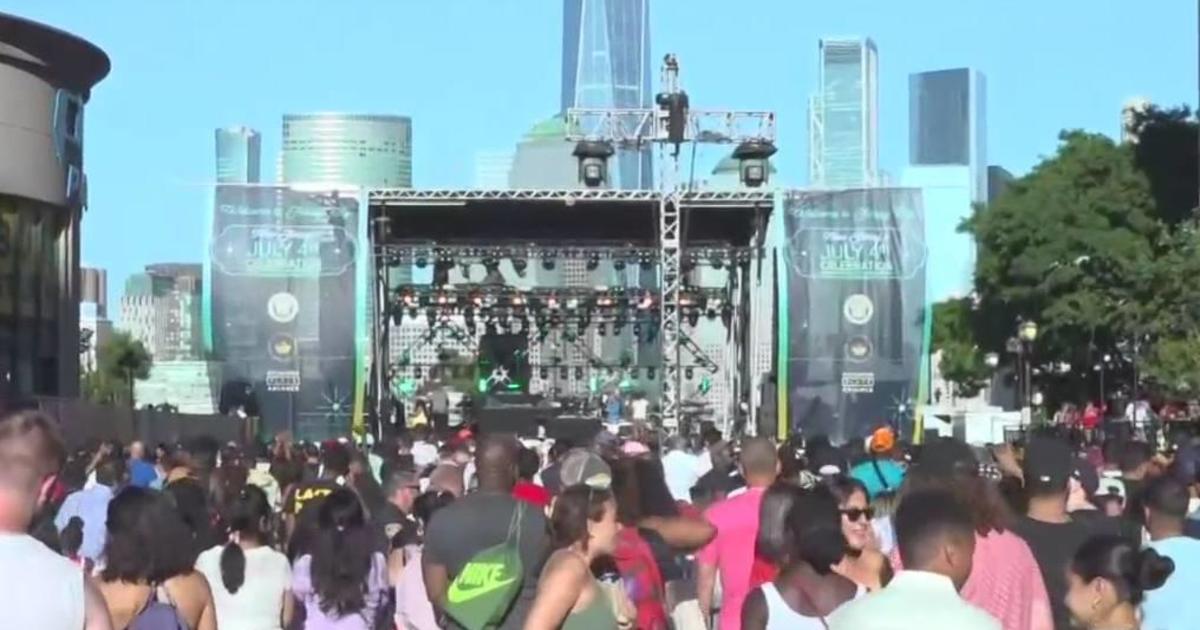 JERSEY CITY, NJ — The largest 4th of July celebration in New Jersey will take place in downtown Jersey City. Tens of thousands lined up to watch some big name acts and fireworks.

People of all backgrounds were enjoying this celebration, which truly captured the essence of America, CBS2’s Kevin Rincon reported Monday.

“It’s been a long time, but it feels good to be able to go out and, you know, have fun and forget about all the problems for a while,” Yudy Mercedes said.

For Mercedes, celebrating the 4th of July was a chance to get out with family, including her 7-year-old son Charles, who likes to dance.

Ndeen Al-Barqawi came from Philadelphia with her best friend to soak up the good music and the crowd.

For others, it was a chance to truly escape.

“It feels alive. You feel all the energy man. It’s not all cornfields and cows. It’s all love. I love it,” said Nico Janda of Nebraska.

The event was expected to draw up to 100,000 people to downtown Jersey City.

It has been one of the largest events in the state and had been on hold due to COVID.

“I think we all miss this. We like to make connections and I like to see all the diversity,” said Raquel Orozzo of Hackensack.

“Much better than being inside watching it on your laptop,” said Foster Hoxha.

Security was on high alert, especially given the Mass shooting in Highland Park, Illinois.

There are barricades and dump trucks installed. Fulop said they have gone to great lengths to make sure safety is a priority.

Kevin Rincon is a reporter for CBS2.