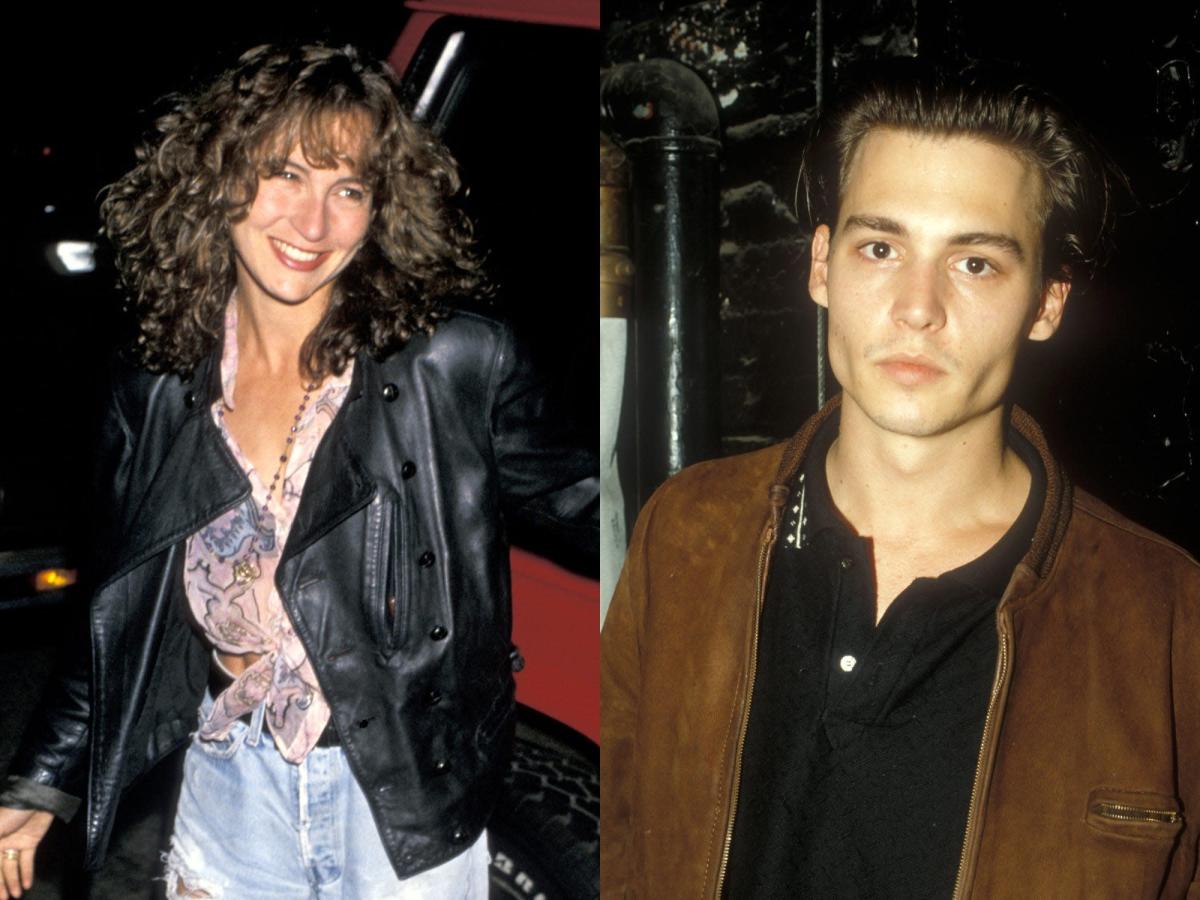 Gray also told Barrymore that she was engaged to Depp and Matthew Broderick at different times during the same month in 1988.

The “Ferris Bueller’s Day Off” star dated Broderick first. The two were engaged, but a car accident in Ireland in 1987 that killed two people and nearly killed him proved too much for their relationship and they parted ways in 1988. In his memoir “Out of the Corner,” Gray explained that he met Depp through her agent and they became engaged about two weeks into their romance.

“It really was a sign that there was trouble afoot on my end,” Gray told Barrymore about the fact that she was engaged to two men in the same month. “I just thought it was God rescuing me from a bad situation and just lovingly leaving me in a Johnny Depp soufflé.”

In an excerpt from his book seen by Insider, Gray shared a diary entry he wrote shortly after meeting Depp.

“On August 12 I wrote in my diary, ‘I’m in love, quite confident for the first time in my life… He’s kind, funny, smart, moral, considerate, respectful,'” she wrote.

He also shared that the two of them had a dog named Lulu. “She was our practice baby and someone to keep me company when Johnny was out of town,” she wrote in an excerpt from the book originally published by The Independent.

But according to Grey, the relationship was short-lived in part because of Depp’s behavior.

“He started missing his flights to Los Angeles because he overslept or, when he got home, he was crazy with jealousy and paranoid about what she had been doing while he was gone,” he said in the book. She admitted to breaking off the engagement through a note she left in her hotel room the day after he left for a meeting one morning and did not return or try to contact her.

“Out of the Corner” is out now.

Read the original article on Insider