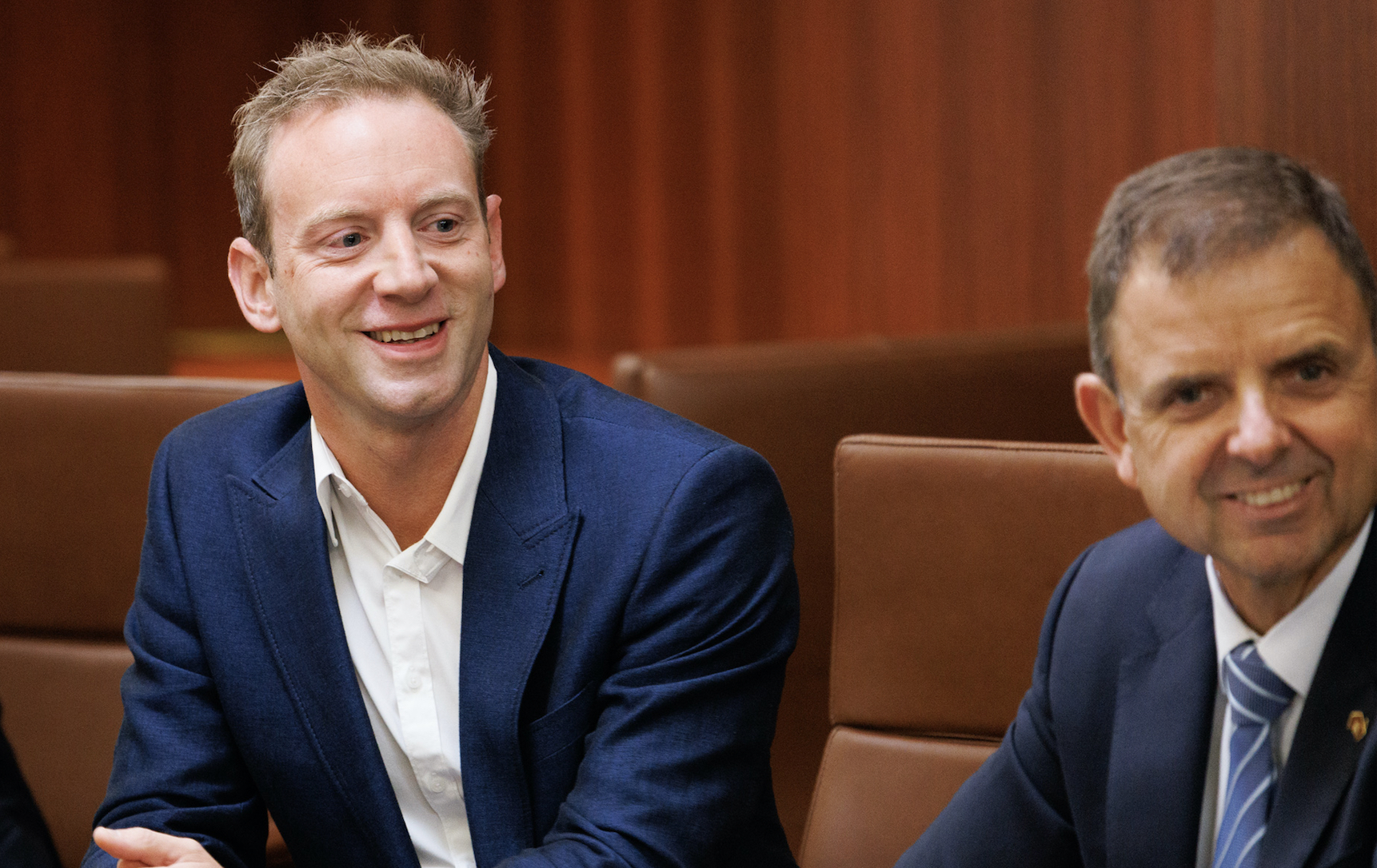 Maverick MP MacKillop, who last year considered quitting the Liberals to contest his Southeast seat as an independent, got only his own vote on the leadership ticket, which Speirs won with 18 votes, while fellow challenger Josh Teague got five.

Instead, he was appointed shadow parliamentary secretary for regional engagement, a responsibility he says has yet to be explained to him.

When asked if he wanted to be in the shadow cabinet, he said: “A strong ‘yes’.”

“It is what it is, and I don’t have to worry about it,” McBride said. In the diary.

“I haven’t been told what that position means yet… I’m working on this now, with the utmost respect.”

He said it was his understanding that he would be chairing a regional engagement committee, saying, “It will be interesting to see how this committee works out.”

McBride is cognizant of the fact that he failed to convince a single member of the liberal nightclub to endorse his leadership bent, noting an interruption from a kicker when he made a controversial decision yesterday while umpiring a local football game: ” No wonder I only got one vote!”

“I was not surprised at all,” he said of the vote’s outcome.

“Obviously everyone had met, talked, organized and voted the way they have.”

Asked if he intended to remain in the party for the remainder of the four-year term, he said: “At this stage, yes.”

“Everything is going well, yes, my real intention is to spend the next elections as a liberal in the opposition, that is my intention,” he said.

“I hope that this new Opposition, and the collaboration of ideas and opinions, will do better than what we were doing in government… it would be disappointing if it didn’t.”

He said the party had opted for “generational change” by backing Speirs, “and if it’s for the better, I’ll give him all the praise he deserves.”

“I’m very, very neutral … because I have to be respectful and see how this new Opposition looks and performs, and I certainly don’t want it to fail because of anything it does or says,” he said.

Speirs’ fledgling leadership was put to the test almost as soon as she took office, when former Deputy Prime Minister Vickie Chapman opted to announce her resignation from parliament on the same day.

“I think the party and Vickie Chapman will be happy to part ways,” McBride said of the episode.

But Chapman and former Prime Minister Steven Marshall are expected to attend “parts” of today’s liberal nightclub ‘love’ at Murray Bridge, according to Speirs.

The new leader bills the meeting as a “24-hour getaway… allowing us to sit down and talk about where we’re going in the future.”

Speirs told reporters today that despite “record spending on infrastructure… for whatever reason, the election result reflected a lack of support or a lack of enthusiasm for our government, not just in the Adelaide metropolitan area. but also in the South African region.

“We need to think deeply about why the regions did not vote for us in their usual number,” he said.

Speirs stressed the need for “unity”, insisting that the “public reception to the shadow cabinet has been very, very good”.

“There is a level of relevance in our shadow cabinet and in our entire team that excites people,” he said.

“We are going to review all the policies that we had in the past; We are going to delve into how to connect in a relevant and authentic way with South Australians from all walks of life.”