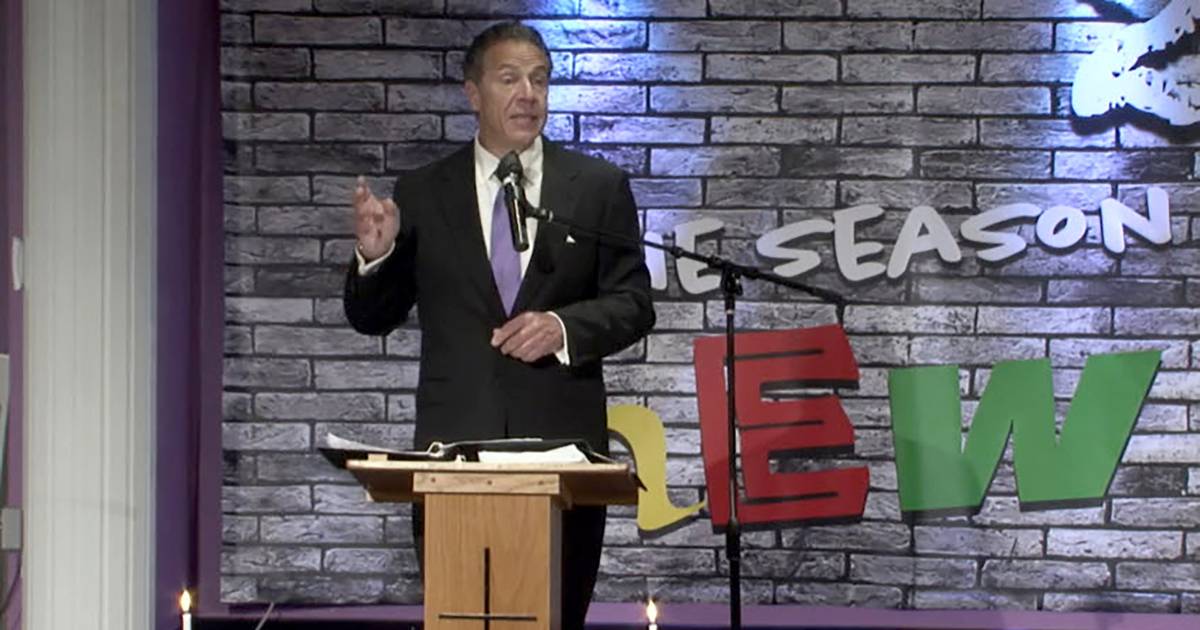 Former Gov. Andrew Cuomo visited Buffalo on Sunday, the latest in a string of politicians who came to the city reeling from the racist mass shooting in which a white gunman is accused of killing 10 Black people last week.

Amid ongoing speculation about his own political plans, Cuomo denounced the attack and called on Congress to take action on gun control.

“I am sickened by what happened here in Buffalo,” the former governor said at True Bethel Baptist Church, where his successor Kathy Hochul and many other elected officials spoke the day after the shooting. “It was shocking, it was so sad, it was so disgusting what happened here.”

He then urged Congress to strengthen gun control, noting that New York already has “the strictest gun safety law in the nation,” a nod to the NY SAFE Act that passed under his watch. The shooter accused of last Sunday’s massacre at a Tops supermarket said he had bought an AR-15-style semi-automatic rifle at a New York gun store and that he may have bought a high-capacity magazine — banned in New York — in Pennsylvania.

“We have to do something about these damn assault weapons,” Cuomo said. “No more excuses from our elected officials. I know it’s hard to ban assault weapons. We did it in New York.

“Even our state law is not enough,” he continued. “We need federal action.”

On social media, the governor went further than Hochul, who criticized big tech companies for hosting hate speech, and Cuomo suggested those companies should face criminal liability for the content they host.

“If a social media network is the place where these terrorist plots are planned, then they should be held legally accountable,” Cuomo said.

The Buffalo shooter posted a lengthy hate-filled manifesto online before the attack and streamed it live on the Twitch website, police said.

Under current federal law, Section 230 of the Communications Decency Act is taken broadly to protect social media companies from legal liability for content posted on their sites.

Cuomo made no mention of his August 2021 resignation in the wake of sexual misconduct allegations, which he has denied. But he repeated a refrain that has played since he began to return to the public spotlight earlier this year.

“Current politics is toxic,” he said. “But worst of all, the most extreme politicians are the politicians who are fanning the flames of hate.”