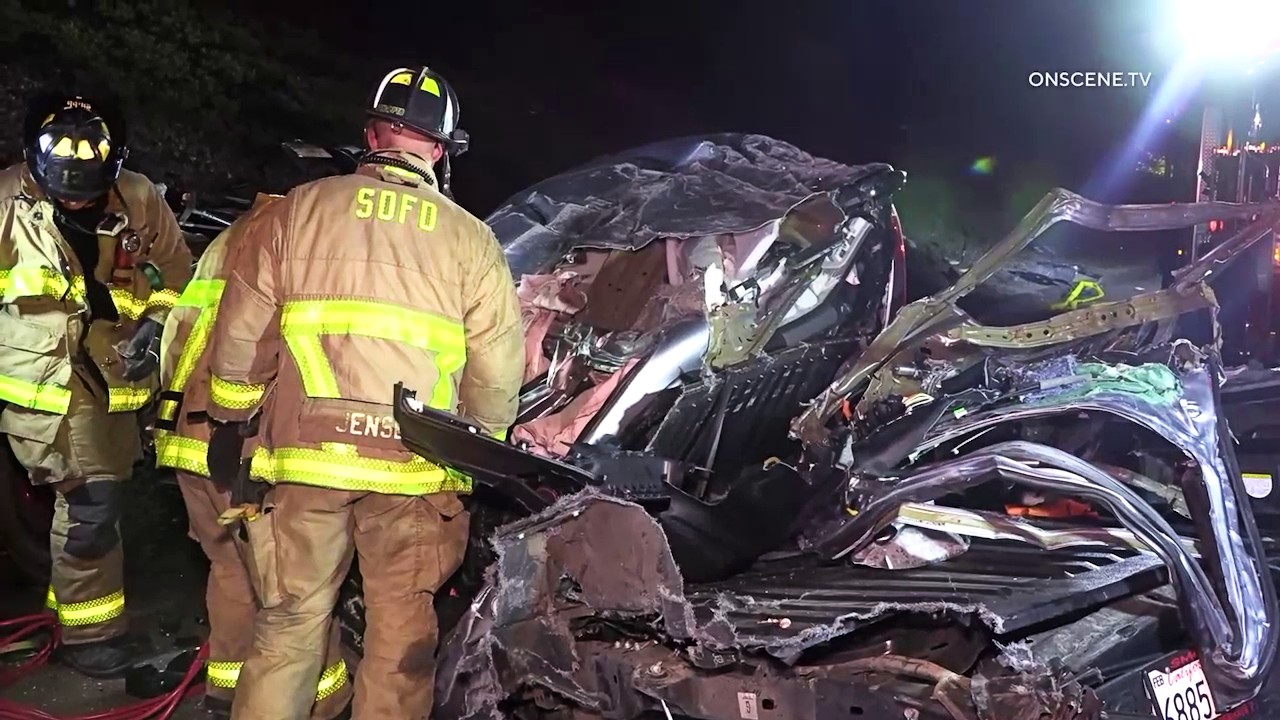 SAN DIEGO — A driver was killed when he crashed his truck off a freeway ramp in San Diego early Sunday, authorities said.

The crash occurred shortly after midnight on the ramp from northbound Interstate 805 to State Route 94, according to California Highway Patrol records.

Video from OnScene TV showed the large truck appeared to hit a guardrail and then a concrete overpass support, ending up in the ramp lanes again. The impact crushed the cab of the truck and trapped the driver inside.

Firefighters worked for an extended period to cut through the wreckage and reach the person, who was later pronounced dead at the scene, according to CHP. It was initially unclear what caused the driver to lose control, but the truck was the only vehicle involved. The driver was not publicly identified.

During the investigation of the deadly crash, the OnScene photographer said he and officers heard multiple gunshots coming from a nearby freeway exit. No one involved in the crash investigation was injured and officers did not immediately find evidence of other shooting victims.

A CHP spokesperson confirmed by phone that a shooting occurred near the scene of the crash and that officers were investigating, but declined to provide any further information, including whether the shooter apparently targeted police or the shootings were unrelated.

Officers found at least one shell casing on the ground next to the exit, video showed.