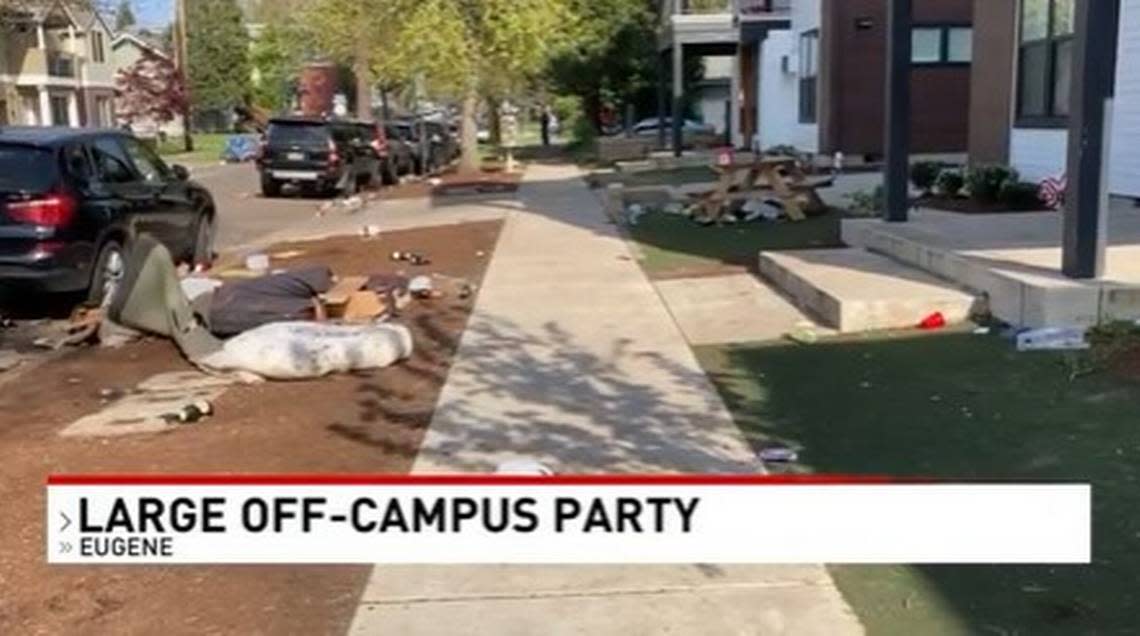 Police had to shut down a “runaway” party involving up to 1,000 people on Saturday, April 23, in Eugene, Oregon, authorities said.

“Something like this is a complete embarrassment to the people who participated in that party,” Police Chief Chris Skinner said in a statement.

Officers were called to 16th Avenue at 11 a.m. for a large party that started around 10 a.m., police said.

They found people “blocking the entire roadway, spilling into travel lanes and spreading into neighboring properties” around a three-story apartment building, police said.

“We all understand the excitement that spring brings, but these irresponsible people, including parents and their college-age children, should be ashamed,” Skinner said in the statement.

It took police until 1 pm to finish breaking up the party, police told KATU. No arrests were made. The party delayed police responses to other calls, Skinner said.