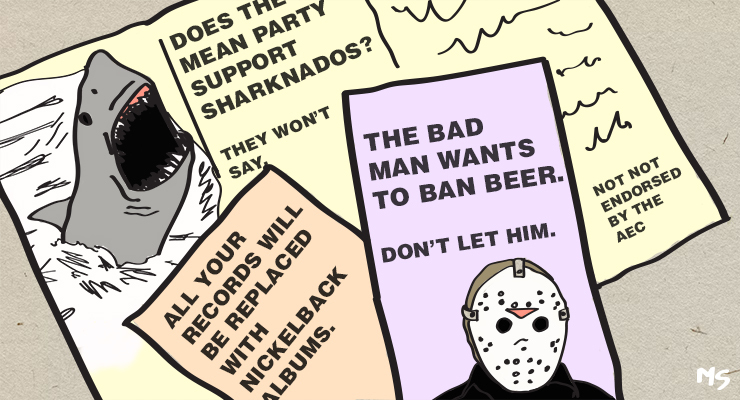 A week later, the 2022 election has been predictably rudimentary and embarrassing. Two games without a very inspiring vision arguing about personal attacks, “who made the biggest mistake” contests and overheated scare campaigns.

In the run-up to tonight’s first leaders debate between Prime Minister Scott Morrison and his Labor opponent Anthony Albanese, such scare campaigns have dominated coverage.

Yesterday, Morrison called Labor’s claim that his government would put pensioners on the cashless welfare card “a disgusting lie”. The scheme, which forces welfare recipients into a card that prevents them from withdrawing cash or accessing alcohol or gambling services, is being tested in some areas.