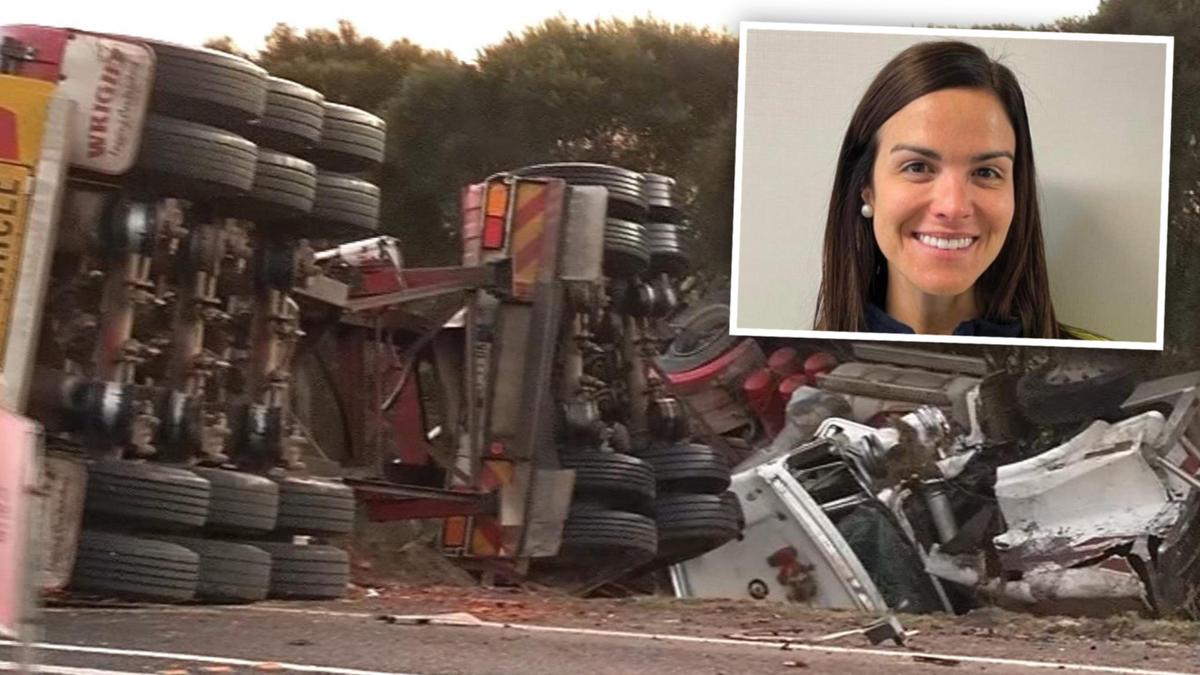 The WA woman who tragically died in a horrific car crash in South Australia, which also left an eight-year-old in a coma, was a “bright and bubbly” human resources manager in the mining industry.

Guildford woman Clare Merriam and her partner Michael Place had recently traveled to Victoria to see their three children and the tragedy unfolded during a trip to Mount Gambia, near the Victorian border, on Friday afternoon. .

It’s not yet clear what caused the accident, but it appears a large logging truck collided with their car as they were driving down Donovans Rd on Wye.

Your local newspaper, whenever you want.

Mrs. Merriam, the driver, died at the scene while her partner’s eight-year-old son, who was sitting in the back seat, sustained serious injuries.

Mr. Place, who was in the passenger seat, and his six-year-old son and four-year-old daughter were also seriously injured.

Ms. Merriam, a 38-year engagement and personnel manager at Gold Fields mining company, was described as a “kind, friendly and energetic woman”.

“She was full of life,” the couple’s next-door neighbor Andy Apple told The West Australian.

“We saw her walking her dog. She was very bright and bubbly, always up for a chat.”

Mr Apple said the news that his beloved neighbors were involved in the horrific accident had shaken many residents on the street who knew Ms Merriam.

According to her LinkedIn profile, Ms. Merriam had almost 15 years of mining experience, working for other large companies such as BHP and Fortescue Metal Group, and had also worked briefly at St John of God Health Care.

It is understood that Mrs Merriam and her partner of 36 years, a FIFO worker originally from Victoria, had been living in Guilford for a couple of years.