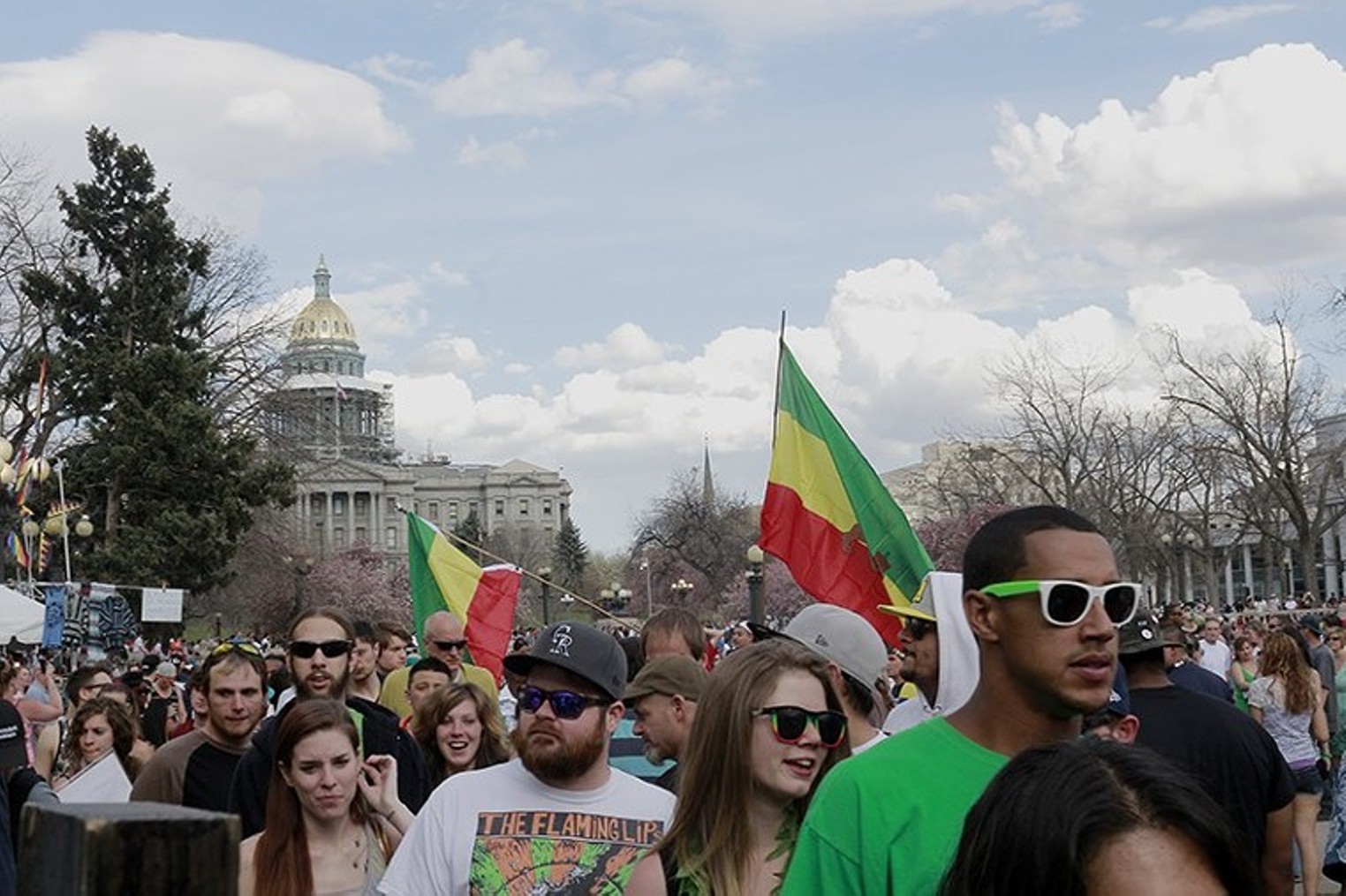 For decades, cannabis users and advocates have gathered at Civic Center Park on April 20. After Colorado became the first state to legalize recreational marijuana, the event became less of a political action than a big party.

And after a two-year hiatus due to the pandemic, 4/20 should be one hell of a party this year. Before this week’s festivities, Thomas Mitchell offered a look back at Colorado’s cannabis connections over the years, while our Stoner previewed the free Mile High 420 Festival scheduled for Civic Center Park on April 20.

Readers offered their own thoughts and memories in the west word Facebook posts from both stories. Daniel says:

I remember when this festival was just a few gang members, a few hippies, a few cowboys, and a few groups of school dropouts, all together in the park in peace while the policemen sat on their horses and basked in the sun.

It’s the same crowd now, only multiplied by a thousand. And I’ll be in that crowd, enjoying the sun and the smoke.

The “420 Festivals” are an embarrassment to most cannabis users, often appealing to the lowest common denominator.

You can expect a bunch of sixteen-year-olds running around, acting silly!

What’s wrong with that? There will also be people in their sixties running. In Colorado, 4/20 is something for everyone to celebrate.

I can’t wait until the feds make it legal. Tired of all the fans coming to Denver.

Are you planning to be at the Civic Center on 4/20? Have you gone before? What do you think of the changes over the decades? Post a comment or share your thoughts on [email protected]