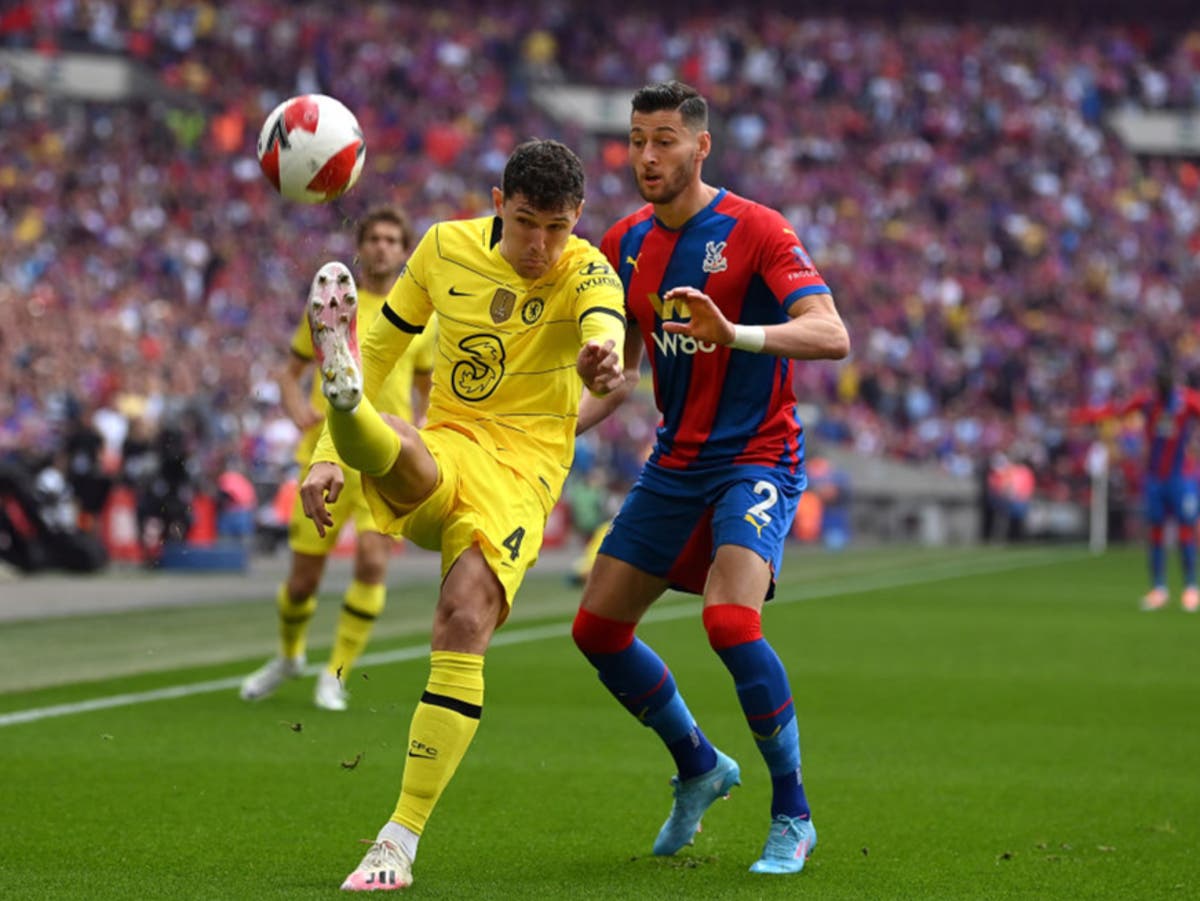 Chelsea and Crystal Palace meet in the FA Cup semi-final on Sunday afternoon, and both teams know that Liverpool are lurking in the final. The Reds beat Manchester City 3-2 on Saturday to reach their first final in a decade in this competition, and now their opponents for May 14 will be decided when the two London clubs meet.

The Blues defeated Chesterfield, Plymouth, Luton and Middlesbrough to reach the quarter-finals, making it the first time they have faced a senior opposition during the FA Cup campaign. For the Eagles it is the second time: they have beaten Millwall, Hartlepool and Stoke in the previous rounds, before eliminating Everton in the quarter-finals last month.

On the opening day of the season, the two clubs met in what was Patrick Vieira’s first game in charge of Palace; Chelsea won that day easily, but the second leg in February was a much closer affair, Hakim Ziyech scoring a last-minute winner, the only loss in 11 for the Eagles until last weekend’s defeat at Leicester. . Follow the FA Cup semi-final between Chelsea and Crystal Palace below:

57 mins – Palace will be happy with how the game has gone so far, but eventually they’ll have to try and score themselves. Either that, or risk penalties.

Chelsea are dominating the ball now, so Palace need to counter them with something to keep Thomas Tuchel’s backline on their toes.

Interesting change from Vieira. He clearly feels they will give Chelsea trouble with a more fluid front three.

53 mins: Rudiger tries his luck with a daring attempt from 35 yards, but is a mile short of the Palace goal.

Jordan Ayew is preparing to go in as Vieira blinks first at the tactical changes.

After several minutes of construction play by the Blues, it is Loftus-Cheek who provides the killer pass from behind for Werner.

The German scampers between Andersen and Kouyate, but the latter does enough to get him off the ball and Butland is able to rally.

The VAR looked at a push to Werner de Kouyate but nothing came of it.

49 mins – Chelsea’s long spell of possession comes to nothing as Ward tackles the ball out of play for a throw-in.

Chelsea probe once more as Werner and Havertz cleverly connect before Mount tries his luck from distance and picks out some fans several rows above goal.

48 mins: Chelsea start off on the front foot as they pin Crystal Palace in their own half.

The Eagles are yet to have a touch of the ball three minutes into the second period.

46 mins: Here we go then. Chelsea gets us going again.

Can we have a better game please?

Second part in a few minutes. I can guarantee you that it will not be worse than the first half.

I can’t promise that it will get any better, but it’s simply inconceivable that there could be less opportunity.

Best chance of the half when Kouyate forces a save from Mendy before Andersen is caught offside on the rebound.

Halftime: Well, if yesterday’s semi-final was a delicious three-course meal, then this has been more of a £3 meal deal.

Very few chances in the 45 minutes as Crystal Palace have successfully nullified the creativity of the Chelsea team.

The best chance fell to Palace midfielder Kouyate, whose sweet volley was deflected by Edouard Mendy.

Chelsea has offered next to nothing at the other end. No goals at halftime.