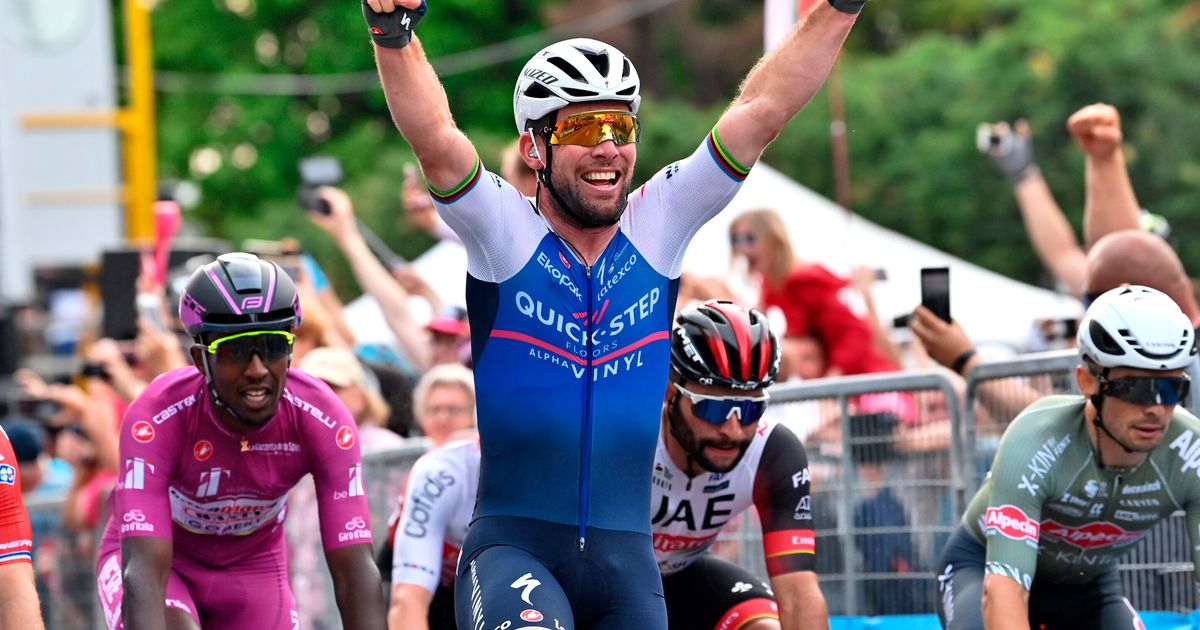 BALATONFÜRED, Hungary (AP) — Mark Cavendish marked his return to the Giro d’Italia by winning a massive sprint at the end of stage three on Sunday, while Mathieu van der Poel kept the pink jersey.

Cavendish, who races for Quick-Step Alpha Vinyl, raised his arms above his head and smiled broadly after crossing the finish line just ahead of Arnaud Demare and Fernando Gaviria.

It was the 16th Giro stage win for the 36-year-old Cavendish, who has not ridden the Italian race in nine years.

It was also a 53rd victory in the three Grand Tours for the Isle of Man sprint superstar, inching closer to Mario Cipollini who sits second in the stage winners table with 57. Eddy Merckx won 64 stages. .

Three runners escaped shortly after the start. Italians Mattia Bias, Filippo Tagliani and Samuele Rivi easily built up a lead and their lead hovered around three minutes for most of the day.

They were captured with just under 30 kilometers (19 mi) remaining.

It was the last of three stages in Hungary and the race gets its first rest day on Monday when the riders move to the Italian island of Sicily.

They face their first serious test on Tuesday when stage four culminates in a category one climb of Mount Etna after a 172-kilometre (107-mile) route from Avola.

The Giro ends on May 29 in Verona.