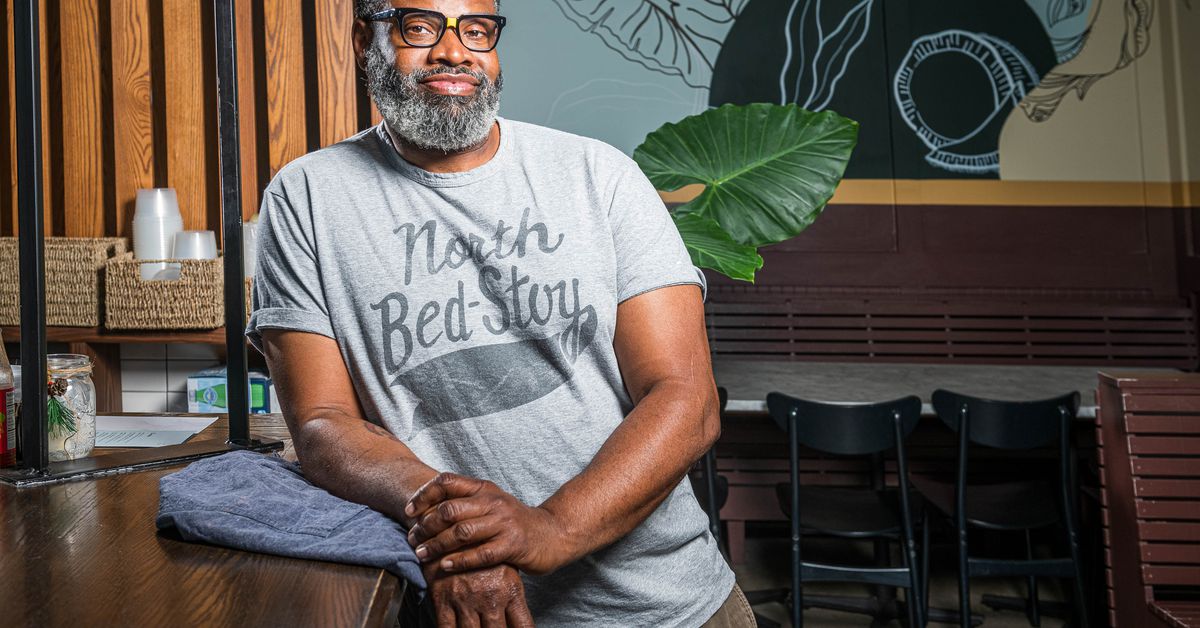 Months after leaving Trinidad’s H Street hit Cane, Eater DC’s 2019 Chef of the Year Peter Prime opens a new chapter in his culinary career at another island-style restaurant in DC

Bammy’s partners Chris Morgan and Gerald Addison, the former co-chefs of the Michelin-starred hotspot Maydan, personally courted Prime to join their two-year pop-up adventure along the banks of the Anacostia River. . Prime brings the cuisine of his native Trinidad and Tobago to the table, with plans to augment and edit his existing menu of Caribbean favorites like Jamaican chicken, shrimp and goat curry, conch fritters and rum-heavy pain-relieving cocktails.

“This is the perfect next step. I enjoy cooking Caribbean food and this is a great opportunity to continue doing so in a great environment,” Prime tells Eater. His first official day in the Navy Yard kitchen is Wednesday, May 25 (301 Water Street SE).

“I think our understanding of the industry was really different,” says Prime. So being at the beginning of something new [with St. James], you really need to be on the same page with a similar vision.” (That trendy Caribbean restaurant opens this week, and its newly appointed chef is Fiola Mare alumnus Alfredo Romero Contreras.)

Prime’s kitchen at Cane drew hours of waiting and national attention, and Addison and Morgan shared the same idea of ​​communication when news of his departure first spread.

“We had yet to meet, but we heard amazing things about him about his culinary skills,” says Morgan. “He always hangs out at his restaurant tables, which I love.”

Being a solo executive chef got “super lonely” at times, Prime says, and the opportunity to be part of a Caribbean dream team had its appeal.

“The camaraderie in the kitchen was one of the things I got into the business for. I am looking forward to collaborating with people who understand the industry,” says the French Culinary Institute graduate. Prime tested the talents of his new co-workers years ago while he dined at his predecessor.

“I’ve had transformative and influential dining experiences before, and Maydan was definitely one of them,” he says.

“We’re open to any conversation about existing Bammy’s dishes, and ultimately we want the food to be the best it can be,” says Morgan.

The partners opened Bammy’s in 2020 to honor the Caribbean cuisine they fell in love with, through family connections (Morgan has a Jamaican aunt), memorable takeout meals in DC and New York, and extensive travel throughout Barbados, Trinidad and Jamaica.

“I want to respect the great things that have been done here. I will bring my Trinidadian perspective and continue to explore Caribbean food to make great things,” says Prime.

He plans to contribute curries, family recipes, twists on traditional food, and iconic Trinidadian staples like “bake and shark,” a pocket sandwich popular at beach shacks and street stalls across the island. On its own, a French fry bake is a much-loved breakfast order that he likens to a fried cookie. Trinidad rum punch, which has lots of angostura bitters over fruit, could also be incorporated behind the bar.

“It’s going to be a lot of fun to play with Jamaican and trini curries, contrasting what makes them both great,” he adds.

Bammy’s marks Prime’s return to brunch service for the first time since 2019, when he ran the kitchen at Bloomingdale’s Caribbean-inspired Spark smokehouse before opening Cane. Starting this spring, Bammy’s livened up weekend dining with reggae music, DJs and theme parties.

Compared to the 40-seat landlocked Cane, Prime’s new waterfront workplace at Bammy’s feels a little more like home, amid sweeping views of boats bobbing outside and more customers to entertain. A cool 50-seat patio out front joins a 70-seat elevated interior. The kitchen will soon be updated with new online toys for Prime to play with.

“My theory is that the more people who come together to think, the better. We are very lucky to have him,” says Addison. “As soon as you think you’ve got it all figured out, you don’t have any more room to grow.”