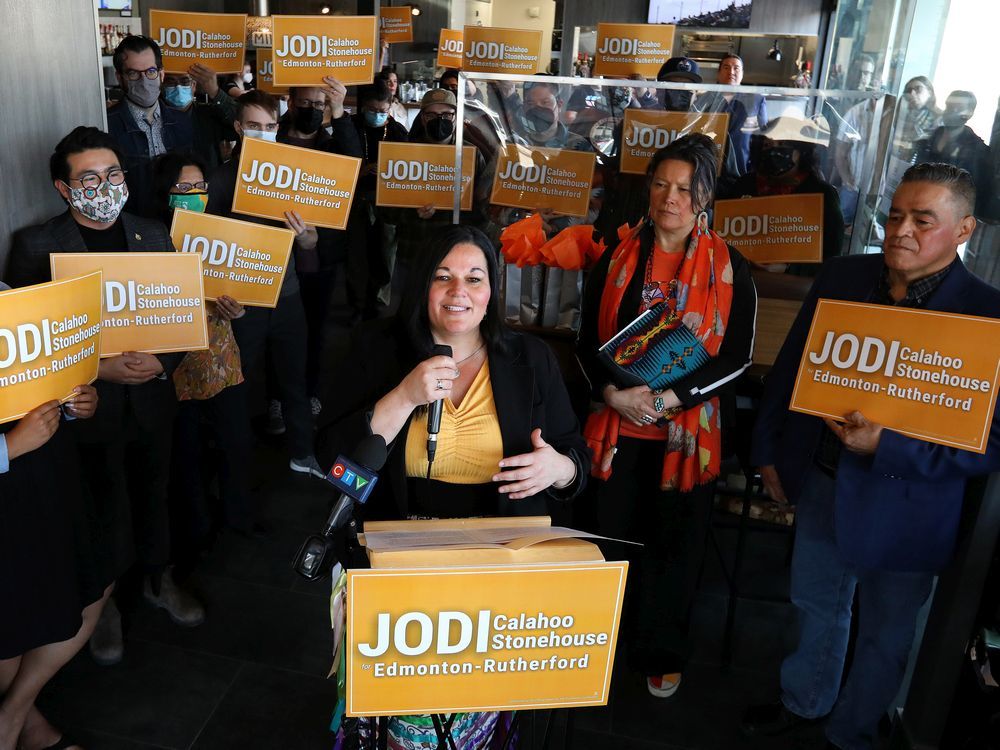 “All the work I’ve done in my life has given me the insight and wisdom to support good government, good politics, good decisions, to improve the daily lives of Albertans.”

Calahoo Stonehouse officially launched his campaign on Sunday, days after current riding MLA Richard Feehan of the NDP announced he would not seek re-election.

A former candidate for National Chief of the Assembly of First Nations, Calahoo Stonehouse is a member of the Edmonton Police Commission and is working on her master’s degree in resource economics and environmental sociology.

“All the work I’ve done in my life has given me insight and wisdom to support good government, good politics, good decisions, so that the daily lives of Albertans are improved,” he said Sunday. .

She told those gathered at the event that there needs to be a focus on sustainability and care for the planet, as well as the health care system.

“We care about our teachers, our educators, our nurses, our doctors, our health care system. Now more than ever we must take care of the people who take care of us,” he said.

Feehan announced on Facebook on Friday that he will not run in the upcoming election after representing horse riding since 2015.

“I’m proud of the work I’ve been able to do as a member of the NDP caucus to build and protect those programs and institutions that are important to Edmonton-Rutherford’s constituents,” he said.

“Issues such as health care and education have been central concerns and it is clear that we must continue to elect members of the NDP to continue the fight against the devastating policies of the UCP.”

Feehan was Minister for Indigenous Relations in the Notley government and is currently a critic of the opposition on Indigenous relations.

No date has yet been set for the NDP’s Edmonton-Rutherford candidate nomination meeting.