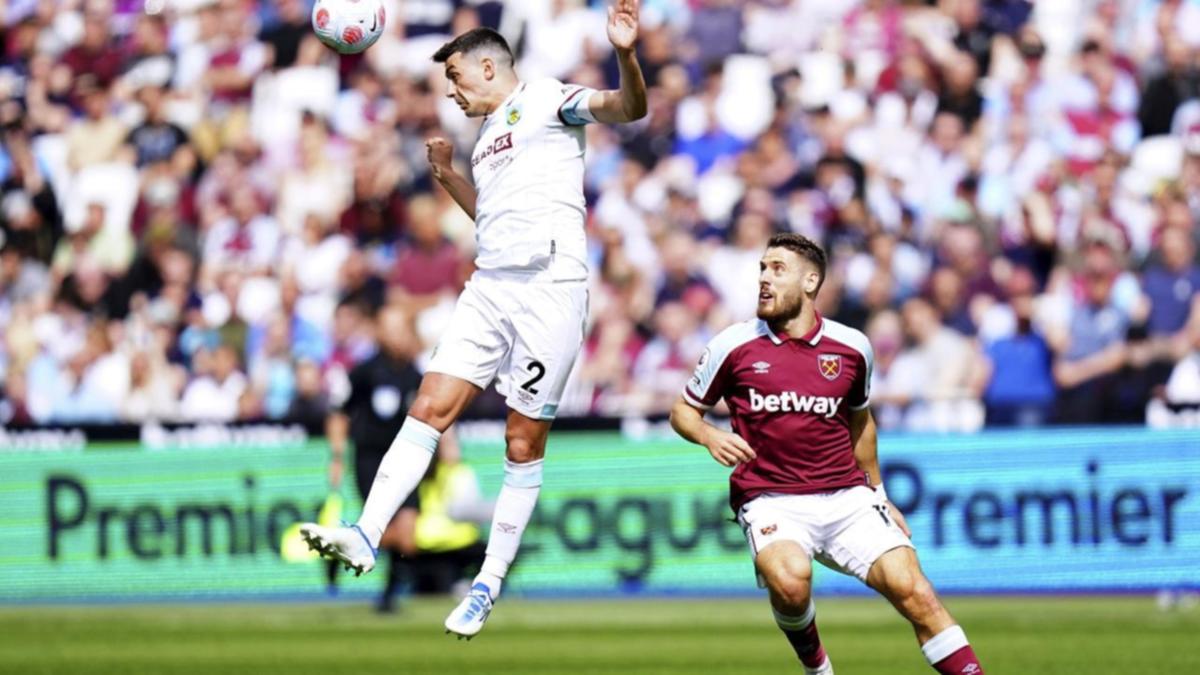 The Burnley midfielder’s leg appeared to buckle under him as he contested the ball with Nikola Vlasic on Sunday.

A stretcher and oxygen were immediately brought in, while Vlasic and Aaron Cresswell, who was closest to the incident, appeared distraught and had to be comforted by their teammates.

There was a nine-minute delay while Westwood was being treated. Minutes later, Burnley were overjoyed when Wout Weghorst rose above Tomas Soucek to head in on the rebound after Jay Rodriguez’s header bounced off the crossbar in the 33rd minute. Weghorst pointed to the bench in support of Westwood.

Burnley should have doubled their lead after Maxwel Cornet was brought down by goalkeeper Lukasz Fabianski. But after getting up, Cornet sent Burnley’s first penalty of the season wide.

Soucek then equalized in the 74th when he shouldered a Manuel Lanzini free kick.

West Ham came closest to a winner, but were denied three times by goalkeeper Nick Pope, who deflected a ferocious shot from Michail Antonio and blocked Issa Diop’s header before thwarting Antonio again in a one-on-one.

Burnley, with Under-23 coach Mike Jackson in charge since manager Sean Dyche’s surprising departure, are now three points behind Everton, who are in 17th and just outside the relegation zone. Everton have played one less game.

West Ham, who reached the Europa League semi-finals on Thursday, are in seventh place.