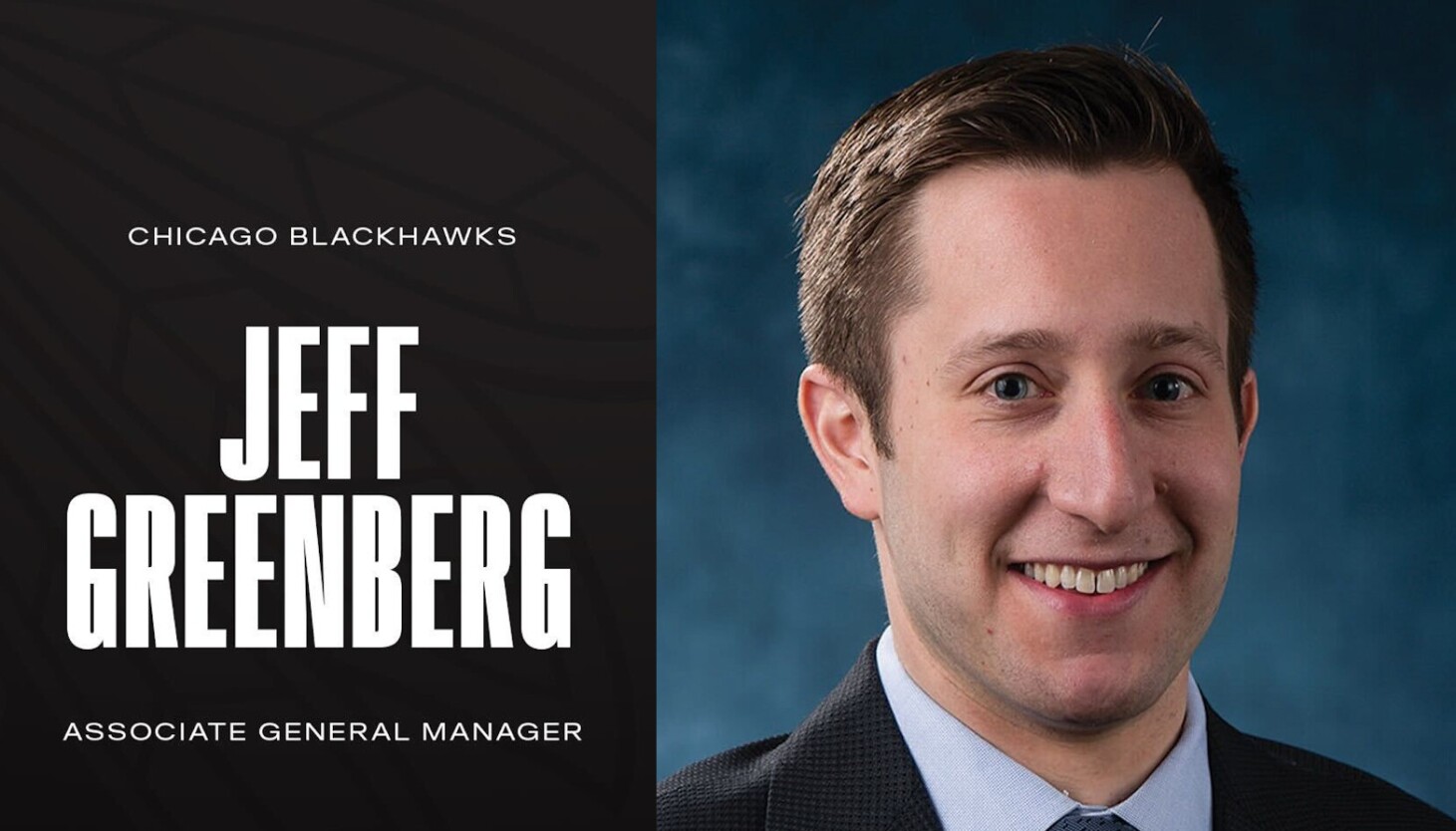 In the Blackhawks general manager search, former Cubs executive Jeff Greenberg was a surprise finalist but lost to Kyle Davidson.

Greenberg and Norm Maciver, who was hired away from the Kraken last month to also serve as associate general manager, will support Davidson as the three-man leadership team heading the Hawks’ front office.

“[Jeff] reached out to congratulate me after I was named general manager, and we instantly connected through our parallel paths, sharing a love of hockey and a vision for the future of the sport,” Davidson said in a statement. “I am excited for our fans to see what he, along with Norm, can bring to the table as key voices, a table that will continue to grow with other leaders we will add to the team.”

Greenberg, 36, has spent the past 11 years with the Cubs, rising through the ranks to most recently serve as assistant general manager. He mostly operated behind the scenes, but reportedly played a critical role in developing the talent evaluation and information processing systems that helped propel the Cubs to their 2016 World Series title.

He will play a similar role with the Hawks, bringing methods to baseball that haven’t been widely implemented in hockey to this point.

The Hawks say it will work with all aspects of the hockey operations department, including scouting, development, analysis and coaching in both the NHL and minor leagues, to modernize and optimize its systems.

“What I’ve learned about the Blackhawks is that they are serious about using this rebuilding period to not only make this franchise the best in hockey, but the best in all sports going forward,” Greenberg said in a statement. . “There couldn’t be a more exciting time to get on the ground floor of this journey and seek every possible solution to put this team back on the path to victory in hockey.”

This story will be updated.