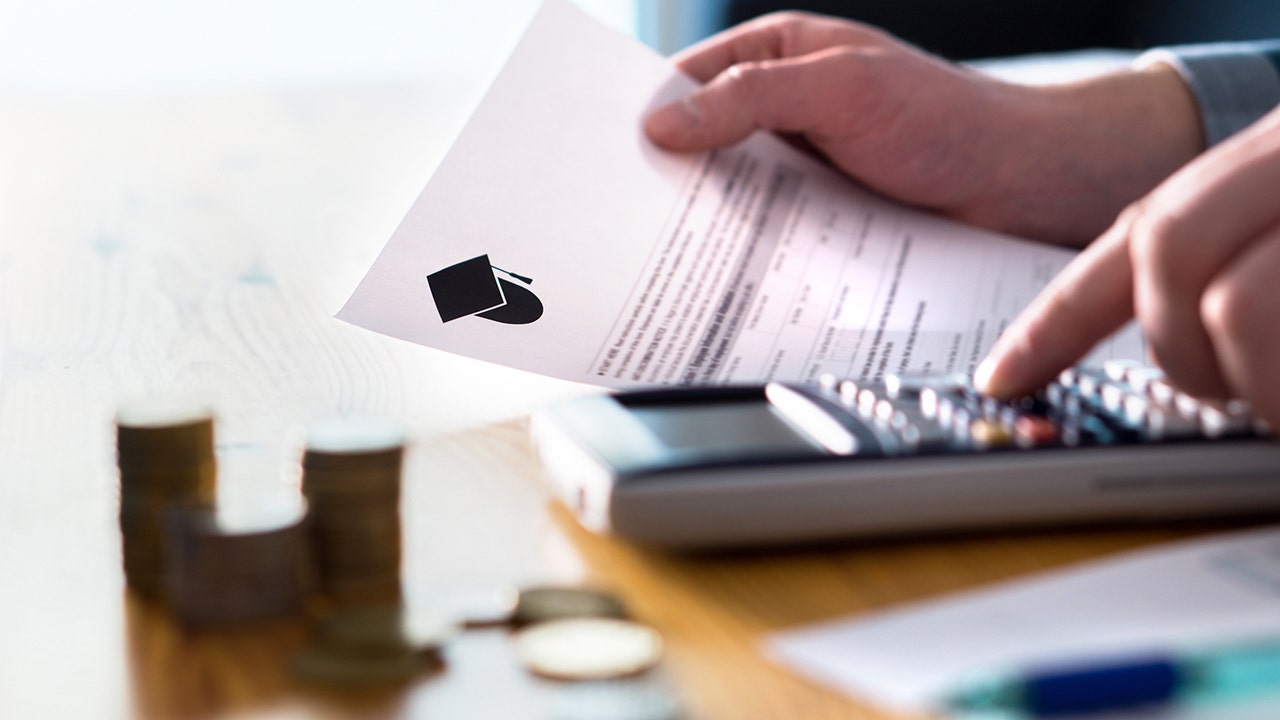 The Biden administration has extended the “pause” on student loan payments for the sixth time. When the last pause ends, those who took out student loans will have been able to go 30 months, two and a half years, without making a single payment or accruing any new interest.

It is a raw deal for taxpayers. The Department of Education estimates that, each month, they are losing more than $200 billion in payments and another $5 billion in accrued interest. Since the start of the pandemic, the pause has cost taxpayers more than $130 billion in interest payments.

GREGG JARRETT: BIDEN’S PLAN TO BRIBE MILLENNIALS BY CANCELING DEBT CAN’T AND WILL NOT WORK

WASHINGTON, DC – MARCH 14: On the second anniversary of the student loan payment pause, we 45M use signs and projections outside the US Department of Education to celebrate the pause and ask the Secretary of Cardona Education to pay off student debt on March 14, 2022 in Washington, DC (Photo by Paul Morigi/Getty Images for We The 45 Million)
(Photo by Paul Morigi/Getty Images for Us The 45 Million)

As if that wasn’t generosity enough, President Biden is now considering the full “forgiveness” of a portion of all student loan balances. Here, “sorry” is a euphemism for a taxpayer-funded bailout. It’s bad policy from any angle.

Second, It is expensive. The Fed’s analysis found that forgiving $50,000 per borrower would cost $904 billion; forgiveness of $10,000 per borrower would cost approximately $321 billion. Cumulative outstanding student loan debt currently hovers around $1.7 trillion, of which $1.38 trillion is federal. Already saddled with $30.4 trillion in debt, the United States cannot afford to give away hundreds of billions more to people who are comfortably off. It would only increase inflation.

Finallythere is moral hazard. Student loan forgiveness would likely encourage colleges to further increase tuition, especially if graduates expect student loans to be forgiven again in the future. In fact, if current student loan balances are forgiven, why wouldn’t today’s students borrow the maximum amount allowed to attend the most expensive school possible, with the expectation that their debt will also be forgiven in the future? ?

Student loan forgiveness is unfair to those who chose not to attend college, those who worked their way through college to avoid debt, and those who paid their debts as promised. Forty-four percent of students who started a four-year degree in 2009 did not borrow anything to attend, and a quarter borrowed less than $10,000. Having chosen not to borrow, they should now not be asked to pay back a loan they never took.

And then there are the broader economic impacts. As for inflation, both the moratorium and the broader remission are gasoline on the fire. Releasing people from debt reduces the incentive to work and reduces participation in the labor market. That slows down economic output and drives up prices. Also, paying off student loans would help reduce the money supply, taking oxygen from the inflationary fire and helping to keep prices low.

For most borrowers, student loan payments are manageable. The average monthly payment is $222 per month. And there are already income-based repayment plans for borrowers who need help making their payments.

No other form of debt is as forgiving. Your mortgage or rent payments are not automatically lowered if your income goes down. And those with large student loan balances are often graduate students and those pursuing professional degrees, the people most likely to earn high incomes in the future. So why should we ask Americans who didn’t or couldn’t attend college to pay for those who did?

When the pause on student loan payments ends in August, it shouldn’t be renewed for a seventh time. And the Biden administration should abandon its misguided, backwards, costly, inflationary, and morally dangerous pursuit of student loan forgiveness. The president may think it’s politically expedient, but the long-term consequences would be disastrous.

EJ Antoni is a Research Associate for Regional Economics at The Heritage Foundation’s Center for Data Analysis.