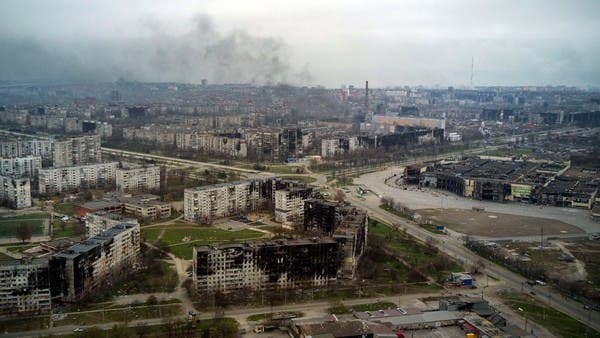 Ukrainian Foreign Minister Dmytro Kuleba described the situation in the besieged port city of Mariupol as a “red line” for peace negotiations with the Russians, adding that there had been no recent diplomatic communication between kyiv and Moscow to level of the Ministry of Foreign Affairs.

“After Bucha, it became particularly difficult to continue talking to the Russians. But as my president mentioned, Mariupol can be a red line,” Kuleba told CBS News in an interview on Sunday.

“The situation in Mariupol is both military and heartbreaking. The city no longer exists. The remnants of the Ukrainian army and a large group of civilians are basically surrounded by the Russian forces. They continue their fight, but it seems from the way the Russian army is behaving in Mariupol that they decided to raze the city to the ground at all costs,” he added.

Russia gave Ukrainian soldiers an ultimatum on Sunday, offering them amnesty if they laid down their arms in Mariupol, one of Ukraine’s hardest-hit cities and over which Moscow said its forces have almost total control.

Ukrainian President Volodymyr Zelenskyy earlier said the removal of the last Ukrainian forces in Mariupol would end talks with Russia.

“The elimination of our troops, of our men [in Mariupol] it will put an end to any negotiations,” he told the state-run Ukrinform news agency.

Asked what to expect the Russians to do in the coming weeks, Kuleba said: “Intensification of heavy fighting in eastern Ukraine, in Donbas, large-scale Russian offensive in that part of Ukraine. And also desperate attempts by the Russian forces, as I said, and to finish off Mariupol at all costs. These are my expectations. And of course the missile attacks on kyiv and other cities in Ukraine seem to continue.”

Ukrainian forces “will fight to the end” in Mariupol: PM Shmyhal