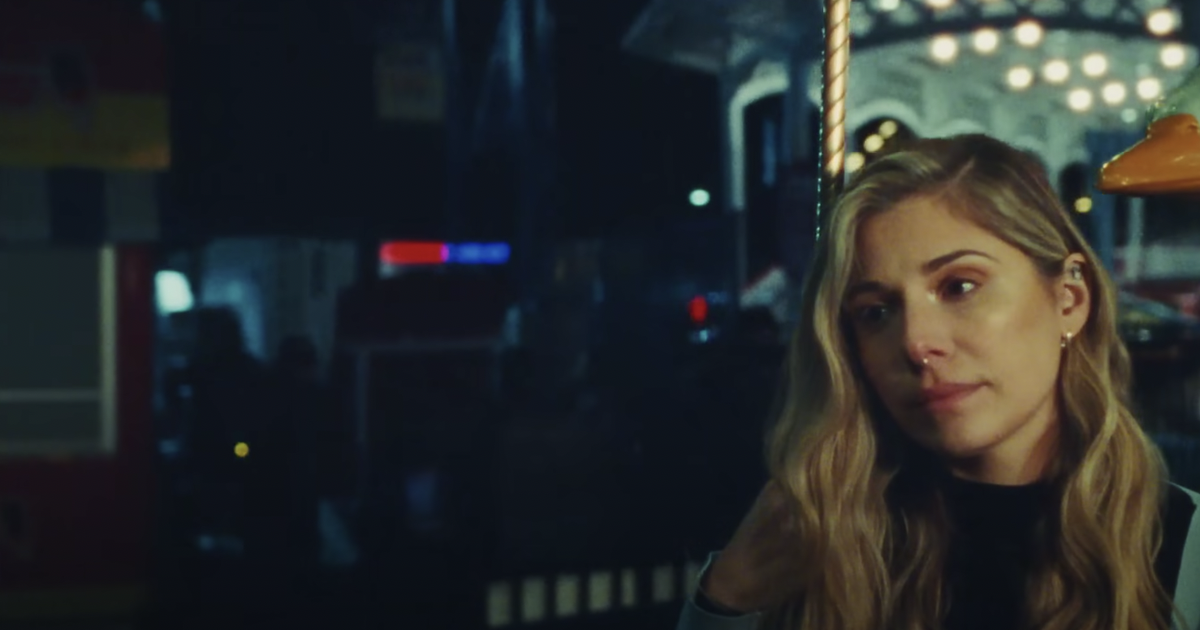 Bensalem native singer-songwriter Christina Perri has shared the latest single from her upcoming studio album, “A Lighter Shade of Blue,” due out June 24. The song, “Mothers,” was released on Friday, before Mother’s Day weekend. .

The song features Perri singing “a love letter” to mothers experiencing difficulties and challenges in their transition to motherhood, and includes a brief cameo appearance by Perri’s 4-year-old daughter, Carmella. The upcoming album is meant to present an emotional story about Perri’s experiences over the years, particularly regarding her grief over the loss of her stillborn baby, Rosie.

Rosie is the subject of “songs for rosie,” Perri’s second and most recent lullaby album, which was released in November. At that time, Perri said “TODAY!” that she planned to write and release an album of lullabies with the birth of each of her children. She released her first lullaby album, “Songs for carmella: lullabies and sing-a-longs” in January 2019, in honor of Carmella’s first birthday.

perry tweeted a screenshot of her notes app in January 2020, telling fans that she and husband Paul Constabile were set to announce their second pregnancy when she miscarried. She told fans that she was “so sad but not ashamed,” adding that she wanted to tell her story to help change the history and stigma surrounding miscarriage.

In July 2020, Perri announced her third pregnancy. At the end of November of that year, the singer shared on Twitter that her daughter, Rosie, had been “born in silence”. A year later, Perri released the second album of lullabies, commenting on The Motherly Podcast that she released the album to help her family’s grief.

In that way, Perri’s new single is a specific message for mothers who have experienced hardships and difficulties during their journey to motherhood, similar to the challenges Perri herself has publicly experienced in recent years.

“I wrote this song with my dear friend Amy Wadge as a kind of love letter to moms who are going through a tough time,” Perri told E! News. “I was one of those moms when I had my daughter, Carmella. There are so many things you can’t prepare for and your heart feels like it’s breaking over and over and over again. We get so, so strong, but for a little while, we are very fragile. This is a song for those mommies. I want them to feel seen and hugged, especially on Mother’s Day.”

The Bensalem Township native singer-songwriter is best known for her first album, “Lovestrong,” which was released in 2011 and featured Perri’s hit single, “Jar of Hearts.”

Although Perri is known for her love ballads, the songwriter said “a lighter shade of blue” will be one of her most emotional projects to date. Though it’s been over a decade since Perri’s first melancholy single was released on iTunes in 2010, “a lighter shade of blue” presents the challenges and trials the singer has gone through in the 10 years that have passed. .

On March 24, Perri released “evergone”, the first single from her upcoming album. The ballad is an upbeat take on Perri’s signature style, and its accompanying music video shows Perri walking through a deserted carnival, wistfully remembering someone who is no longer in her life.

“When I lost my daughter, I decided that she was going to live with me in my heart, in my breath, in every moment of mine,” Perri tweeted before the release of her first single. “This is what I’m singing about, and she really helped me. I hope she helps you too.”

At the end of the music video, she is joined by her husband and daughter, and the family is seen riding the carnival rides and playing carnival games.

Christina Perri’s latest single, “Mothers,” is available to stream and buy now. Her third studio album “a lighter shade of blue” will be released on June 24. The album can be reserved or saved here.